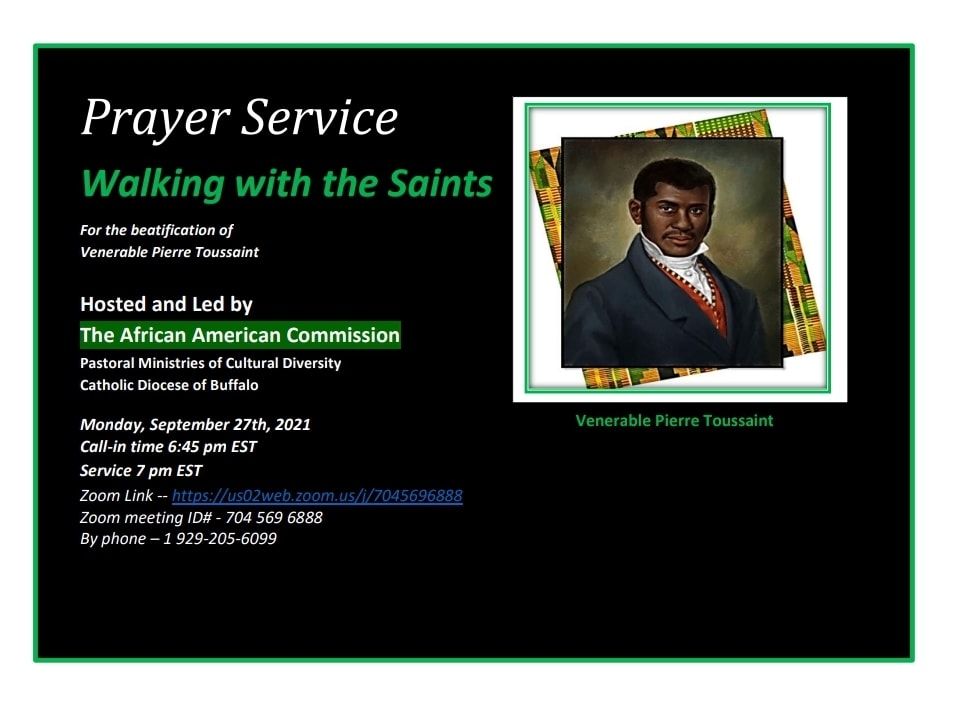 Prayer service for sainthood cause of Ven. Pierre Toussaint scheduled for Monday evening

The Black Catholic ministry for the Diocese of Buffalo is continuing its “Walking with the Saints” series with a virtual prayer service tomorrow evening for the beatification of Venerable Pierre Toussaint.

The event, scheduled for 7pm ET, is the second in the series, following a similar event in July for the cause of Servant of God Julia Greeley, Denver’s “Angel of Charity”.

Toussaint, a Haitian-American who lived most of his life in New York City, has been up for canonization since the 1990s, when the late Cardinal Terence Cooke approved the report of a diocesan commission studying Toussaint’s life and ministry.

Born into slavery, he was known for his great charity and holiness, having made a considerable fortune as a barber and using it to serve the poor alongside his wife Juliette.

His cause is notable in that, despite his fame in the New York area and his de facto establishment of the city’s Catholic Charities apostolate, it took roughly 100 years for the Church to begin promoting him as a possible saint.

He is now counted among a half-dozen African Americans with open causes for canonization, and currently stands as one of three to have been declared “Venerable” (the last stage before beatification).

Among the six, Toussaint’s cause is the second oldest, having been opened in 1991. Toussaint himself is the oldest of the candidates, having been born in 1766—prior to the establishment of the United States.

Toussaint reached this antepenultimate step in 1996, shortly after he became the first layperson to be buried in St. Patrick’s Cathedral.

He remains a popular figure in the New York area, where he is honored each year with an awards gala and scholarship in his name by the archdiocese, and has had two streets named after him there since his cause opened: Pierre Toussaint Square near his former parish, St. Peter’s, in 1998; and Pierre Toussaint Blvd in Brooklyn just this past April.

As such, tomorrow’s event will be just the latest event promoting the cause of the “Holy Hairdresser”—this time on the other side of the Catskill Mountains. 'Whenever I recall Our Lady’s title, I will be united with you': Cardinal Gregory takes possession of titular church, Immaculate Conception in Rome