As the health of the retired pontiff takes a turn for the worse, Catholic bishops around the world have joined Pope Francis' call for intercession.

Pope Emeritus Benedict XVI, retired from the Holy See since 2013, is facing grave health concerns as of this week in Rome, according to an update on December 28 from his successor Pope Francis.

“I would like to ask you all for a special prayer for Pope Emeritus Benedict, who in silence is supporting the Church,” he said during his General Audience on Wednesday in St. Peter’s Square.

“Remember him—he is very ill—asking the Lord to console him, and sustain him in this witness of love for the Church, until the end.”

As Vatican News began disseminating a prayer for Benedict, Matteo Bruni, director of the Holy See Press Office, clarified to journalists that there had been an “aggravation of his health due to advancing age” and that his condition remained “under control.”

Following the surprise announcement from Francis, tributes and prayers began to pour in online from around the world, with many speculating that the 95-year-old retired pontiff was within hours of his death. No such announcement was forthcoming as of Thursday morning, however, when Bruni noted that the Pope Emeritus “was able to rest well” and “is absolutely lucid and alert.”

“Today, although his condition remains serious, the situation remains stable at the moment. Pope Francis renews his invitation to pray for [Pope Emeritus Benedict XVI] and accompany him in these difficult hours.”

On Wednesday, Catholic prelates in the United States joined the chorus of onlookers praying for Benedict, including some of the highest-ranking African-American bishops in history.

“I now invite all Catholics and folks of good will to pray for Benedict XVI. Pope Francis revealed that his health has deteriorated,” tweeted Cardinal Wilton Gregory of Washington, the world’s first African-American cardinal, whose early archbishopric in Atlanta began shortly before Benedict’s election as pope in 2005.

“He served our Church in many roles—priest, scholar, diocesan bishop, curial official, and Pontiff. May Christ reward him for his loving service.”

The nation’s only other Black archbishop, Shelton Fabre of Louisville, also shared a call for prayer on the ailing pontiff’s behalf Wednesday morning, asking that the faithful respond to Pope Francis’ earlier request. Fabre was first appointed to the episcopacy by Pope Emeritus Benedict in 2006, when he was made Auxiliary Bishop of New Orleans at the age of 43.

Benedict, the former head of the Congregation for the Doctrine of the Faith, has been relatively quiet since his retirement, having made a commitment not to involve himself in the daily operations of the Holy See. He was the first pope to resign on his own initiative in more than 700 years, the previous being Pope Celestine V in 1294.

Saddled by various health issues over the past nine years, Pope Emeritus Benedict reportedly lost the ability to speak normally in late 2020, shortly after becoming the oldest pope in history at just under 93 and a half years old.

Pope Francis himself, following months of declining mobility and rumors concerning his own possible retirement, revealed earlier this month—on the day after his 86th birthday—that, following custom, he has prepared a letter of resignation “in case of health problems.”

In the same interview, with the Spanish daily ABC, Francis called Benedict “a saint” and fondly recalled his frequent visits with the “very alive” retired pontiff.

“He speaks softly but follows the conversation. I admire his lucidity. He is a great man.” 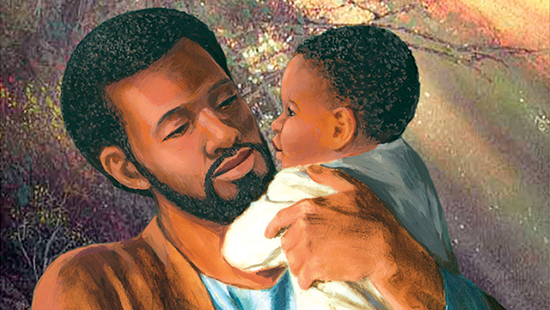