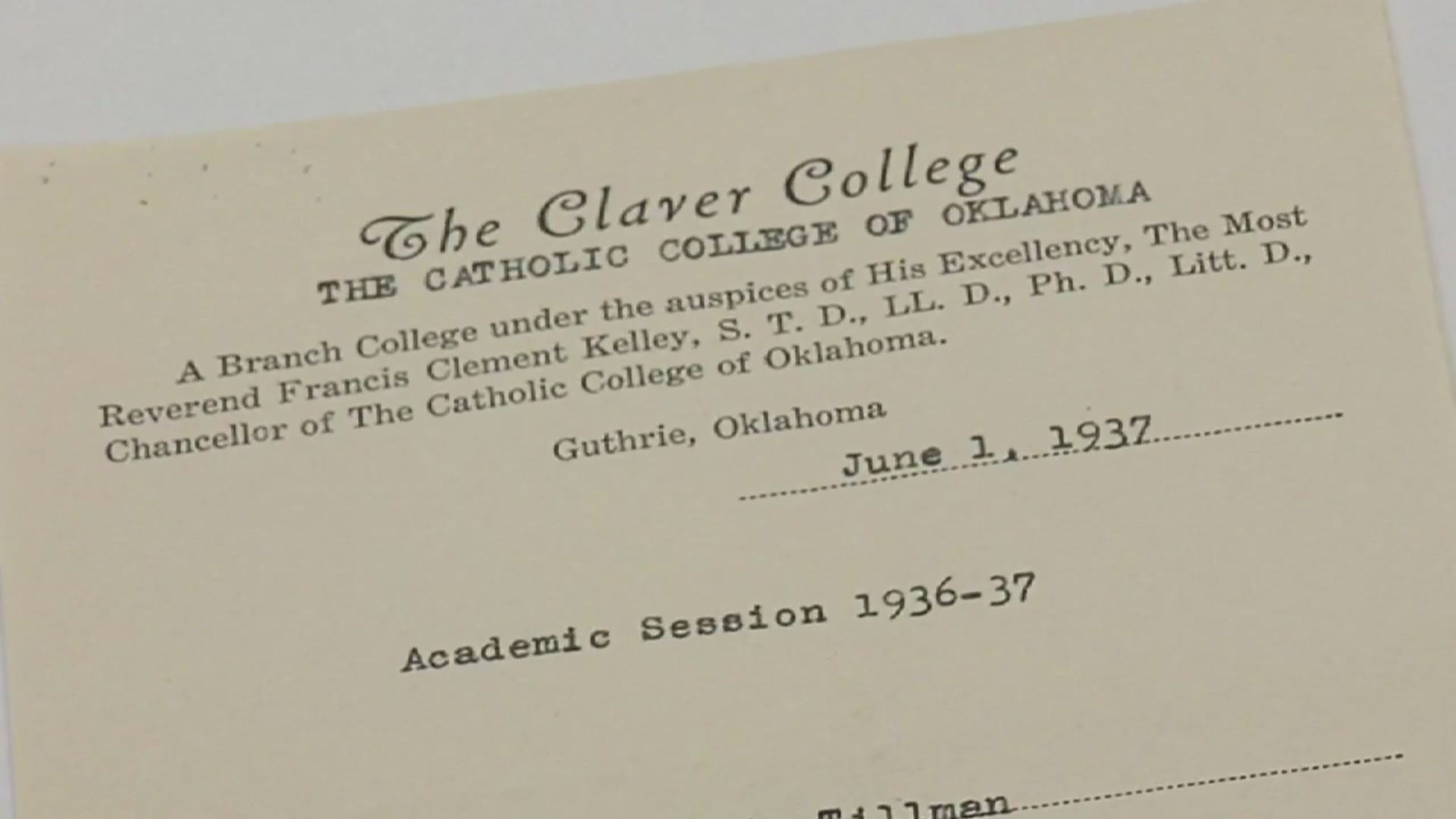 Well, as a famous Black opera song says: it ain’t necessarily so.

Allow me to introduce you to Claver College, in Guthrie, Okla. Founded in 1933 as the first (and probably only) Black Catholic university west of the Mississippi.

Guthrie had been the capital when Oklahoma gained statehood just a few decades prior, in 1907. African Americans came to the city alongside other frontiersmen in the Oklahoma Land Rush of 1889, when the lands granted to—and subsequently confiscated from—Indigenous peoples were redistributed to newly arrived settlers on a first-come, first-served basis.

Despite the relative diversity of the settlers, segregation was enshrined as the very first law in the new state. As such, African Americans established themselves on the west side of town in a neighborhood that would come to be known as “Little Africa”.

Catholic missionaries had arrived in the area in the 1870s via a group of French Benedictine monks seeking a missionary post. The recently displaced Indigenous groups qualified. A Benedictine would soon become the area’s first ordinary, and Benedictine sisters arrived soon after the Land Rush.

The founding of Claver College has been variously reported in its few media mentions, with some attributing the act to St Katharine, while others say it was the Benedictine sisters themselves—in particular, one Sr Joseph O’Connor, OSB.

The most likely scenario is that the Benedictines did the on-the-ground work, whereas St Katharine—whose vocation was to support Catholic ministry to Indigenous and African Americans—provided the funding from her vast family inheritance. Their joint project took as its namesake St Peter Claver: a patron saint of Black people.

As with XULA, the greatest impetus for Claver College’s creation was the fact that African Americans were typically barred from White colleges prior to the Civil Rights Movement, leaving the task of Black higher education to HBCUs. (Oklahoma’s sole such school today, Langston University, is located just 15 minutes from Guthrie.)

Claver College was primarily a night school and used rented buildings in Guthrie to conduct classes during its short existence, offering instruction in subjects ranging from liberal arts to music to business administration.

By 1944, the school had ceased operations, and media reports within the last decade make up most of the online records of its existence. Its presence in archives was also scarce as of 2012, with a few academic records from a deceased graduate comprising the only known artifacts.

“Little Africa” itself suffered a similar fate. That part of Guthrie, like many foundational Black neighborhoods in America, was not prime real estate. In fact, it was downright dangerous. Built on a floodplain, the area was condemned by the city and abandoned in the 1970s. (A renovation project is gaining steam as of earlier this year, however.)

The Benedictine sisters, who moved their headquarters to Tulsa in 1955, make brief mention of Claver College in their website’s history section, alongside their work in local Black parishes. The OKC archdiocese, in a much broader history section on its website, does not—and makes scant mention of African Americans at all, including none before the Civil Rights Movement.

That said, at least one academic is taking interest in the college, Dr. Katrina Sanders of the University of Iowa. Her forthcoming book, “The Rise and Fall of Black Catholic Education in a Changing South, 1886-1976”, will deal in part with Guthrie and its almost-forgotten Black Catholic history.

St Gregory’s University, the last remaining Catholic college or university in Oklahoma, closed in 2017, leaving the whole of Catholic higher education in the Sooner State to the work of archivists, preservationists, and academics like Sanders.