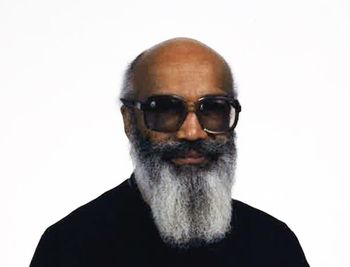 You may be aware of last week’s three-day “Economy of Francesco” conference, hosted virtually from Assisi by Pope Francis for an audience of an estimated 20,000 (mostly younger) Catholics from around the world.

The event brought together younger entrepreneurs, businesspeople, economists, and activists eager to discuss an alternative to the dominant neoliberal system.

But the addresses from the many notable speakers — Amartya Sen, Muhammud Yunous, Jeffrey Sachs, Carlo Petrini, Kate Raworth , and others — will highlight the re-emergence of something very old: a social order in which our economic activities are embedded instead of all-controlling.

To varying degrees, this is simply the way most of humanity lived for most of history, until the coming of the industrial revolution with its extractive operating system of finance capitalism and its destruction of the commons in the name of growth and new markets.

Perhaps of special interest to our Latinx (including Afro-Latinx) brothers and sisters is one historic (and saintly though not yet sainted) figure  in this context: Fr. Josemaria Arizmendi, the spiritual and organizational founder of the famous Mondragon cooperative network, based in Spain.

Arizmendi is becoming well-known in cooperative circles, given the extraordinary history of Mondragon as a successful enterprise—somehow not only still operating since its founding in the 1950s, but thriving.

If this conversation sounds like mostly a European affair, that’s because we North Americans tend to forget Canadian figures like Fr. Moses Coady and Fr. Jimmy Tompkins, key figures in the Antigonish Movement of the early 20th century.

But we still may not be aware of a U.S.-born graduate of the Coady Institute, the late Fr. Albert J. McKnight, CSSp, a remarkable African-American Spiritan priest who passed away in 2016 at the age of 88.

Here’s how one obituary described him:

Like Arizmendi, Fr. McKnight is another Catholic icon of social justice, one whose life can speak to an American context in which White racism has fueled economic expropriation for practically the entire history of the U.S.

And his great vision, like that of Arizmendi’s, was largely one of the power of cooperativism, that very old idea. Based in Louisiana, he was also the executive director of the National Black Catholic Clergy Caucus in which role he brought the spiritual resources of African spirituality into conversation with liturgy and mission, in hopes of an African-American Catholic rite.

At age 66, McKnight wrote an autobiography titled Whistling in the Wind. In addition to discussing said liturgical topics, therein he describes receiving an invitation in 1969 from Histadrut, the Israeli labor movement, to visit their cooperatives (called moshav) and kibbutzes in Israel.

“The visit... shook my faith in Christianity because I saw people living a communal life — a style unequal to anything I have seen developed by Christians...”

In the 1970s, McKnight got the idea for establishing family farm cooperative communities in Alabama, Louisiana, and Florida. By the end of the Carter administration, McKnight and his colleagues had four federal agencies committing $60 million dollars of support for these projects.

Before leaving office, President Carter appointed McKnight to the board of the newly-established National Cooperative Bank. He later became vice chairman.

Because of the inherent difficulties with growing a capital base with limited funds in low-income communities... McKnight eventually struck upon the idea of creating a regional investment cooperative that could attract funding from outside sources and become the mechanism for funding all manner of cooperative enterprises. This became the Southern Consumers Cooperative (SCC), established in 1964. McKnight used to enjoy boasting… that SCC “received the first loan in the War on Poverty”—$25,000 to help start one of SCC’s subsidiaries, a bakery called Acadian Delight... SCC formed a number of other subsidiaries, including an education arm (Southern Consumers Education Foundation) and a capital development and lending arm (People’s Enterprise).
(M.J. O’Brien)

“We’ve found that you have to start where people are,” commented McKnight in a video about the SCC.

“Deal with the problems that they consider urgent, and then that’s how you can get them involved.”

Living in southern Louisiana, McKnight also became an aficionado of Cajun culture: the Acadian Delight Bakery was one co-op business started with the help of the SCC. Late in his life, McKnight was still a great fan and supporter of zydeco music.

In addition to his organizing, Fr McKnight also maintained a robust parochial ministry.

First appointed to St. Paul Church in Lafayette, LA, he served for many years in various parishes in Louisiana including Our Lady of Lourdes, Immaculate Heart of Mary, St. Martin de Porres and Holy Ghost Parish.
(Angela Christian)

The white communities — Catholic and non-Catholic — where McKnight attempted to make change were mostly antagonistic to his efforts. He once observed:

“The thing that has really amazed me in this whole self-help activity is the hostility that is created and how people feel threatened when poor people start helping themselves. We’ve been accused of being communists, we’ve had motions passed in the Louisiana state legislature to investigate us, the D.A. has raided our offices and seized our books.”

(An excellent history of African-American cooperatives is that of Jessica Gordon Nembhard, who covers both the SCDF and the SDF.)

Nonetheless, McKnight and his colleagues pushed on, going beyond helping black farmers finance their operations to branch into other types of cooperatives, like printing, lodging, credit unions, and radio stations—including the initial loan that got the popular New Orleans-based WWOZ radio station on the air.

McKnight was inducted into the Cooperative Hall of Fame in 1987, and received an honorary doctorate from Duquesne University in 1993.

“What we need to do is reinvent the cooperative idea. If ever the cooperative approach was needed, it is today. It’s still a disgrace to Black folks that no place in the country are Blacks in control economically. …We are a people who spend over $300 billion a year. But what do we own? What do we control? …May we have the wisdom, the faith to reinvent the co-op.”

Pope Francis, for one, agrees.

An earlier version of this piece was posted by Elias Crim in 2019 on “The Dorothy Option”, the official blog of Solidarity Hall, the organization he founded, publishes and edits. He is also a regular co-host, with Pete Davis, of SH’s occasional podcast Dorothy’s Place. 'Reclaim the dignity of every human being': Pope Francis, too, has a dream 'I’m not going to veer from that': Cardinal-elect Gregory, like predecessor, will not deny Biden the Eucharist