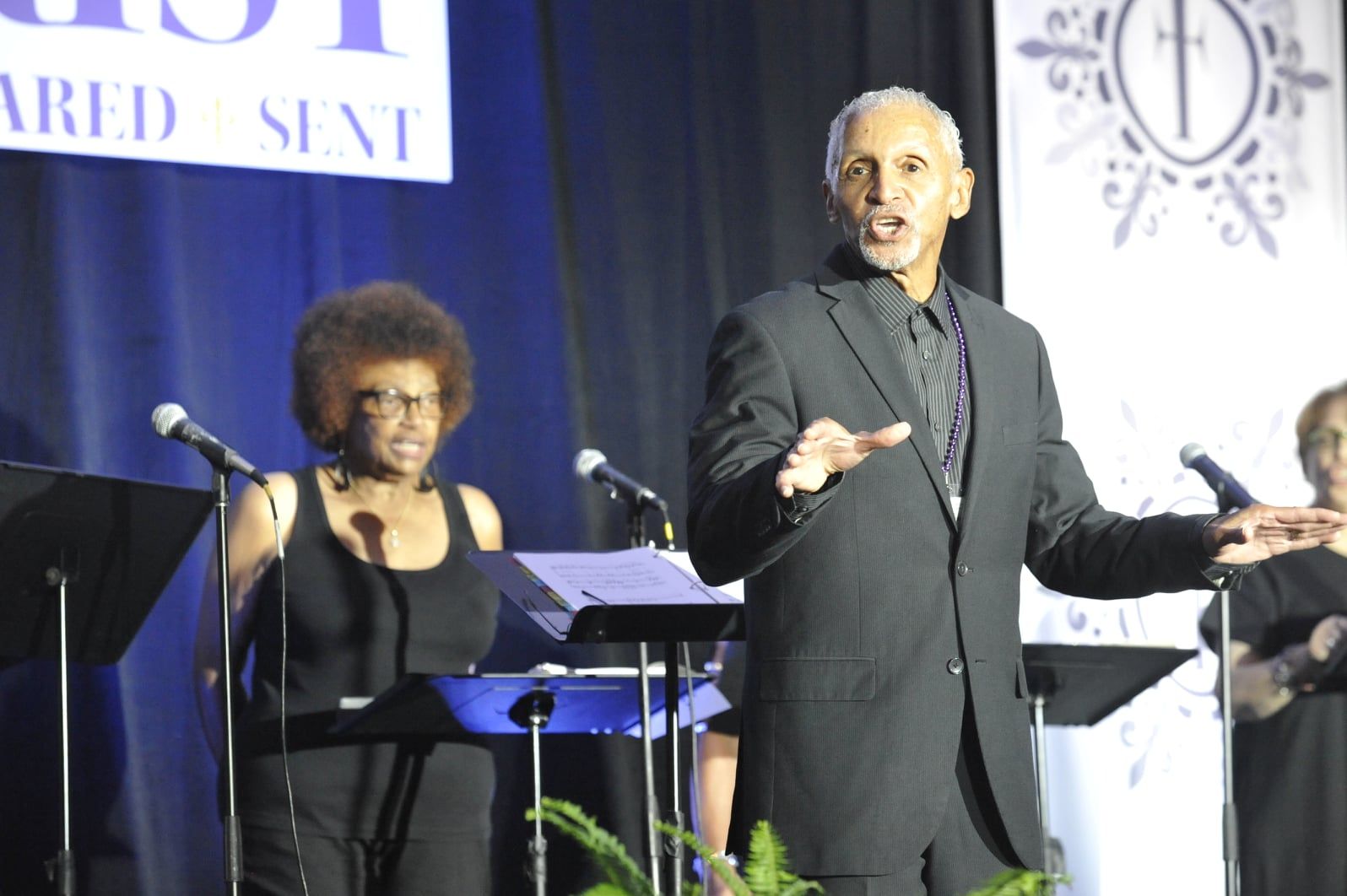 Hot on the heels of the announcement that the Archbishop Lyke Conference is back in action, its director Richard Cheri is back in the news again—this time for an award.

Earlier this week, he was named the Pastoral Musician of the Year by the National Association of Pastoral Musicians, an organization for Catholic musicians and composers which is holding its national convention this week in New Orleans.

“It means a great deal,” Cheri told the Clarion Herald in an interview.

“It validates a whole bunch of firsts for me.”

The retired schoolteacher and current math professor is the music director at Our Lady Star of the Sea Catholic Church, a Black parish in the St Roch neighborhood of the city, and has a long resume of work in the Black Catholic community nationwide.

A Crescent City native, he attended the former St John Vianney Prep High School in New Orleans, before matriculating to St Joseph’s, a junior seminary north of the city.

(Though he did not become a priest, his older brother Fernand III did, with the Franciscans, later becoming in 2015 the auxiliary bishop of New Orleans—a post he still holds.)

After college, Cheri worked at Holy Name of Jesus Catholic Church in Los Angeles, where he helped start the Morning Star gospel choir, before returning home to become director of New Orleans’ archdiocesan gospel choir (at the request of his brother).

He also established “Good Ground”, a group of musicians who travel the country teaching African-American sacred song. (That’s also the name of his 2007 album with Jalonda Robertson, Patrick D. Bradley, and Cynthia Gowers—and of one of his most popular songs, which is on the album.)

“There’s been a whole bunch of firsts, and this award validates that,” Cheri said.

“It validates the people I’ve met on that journey.”