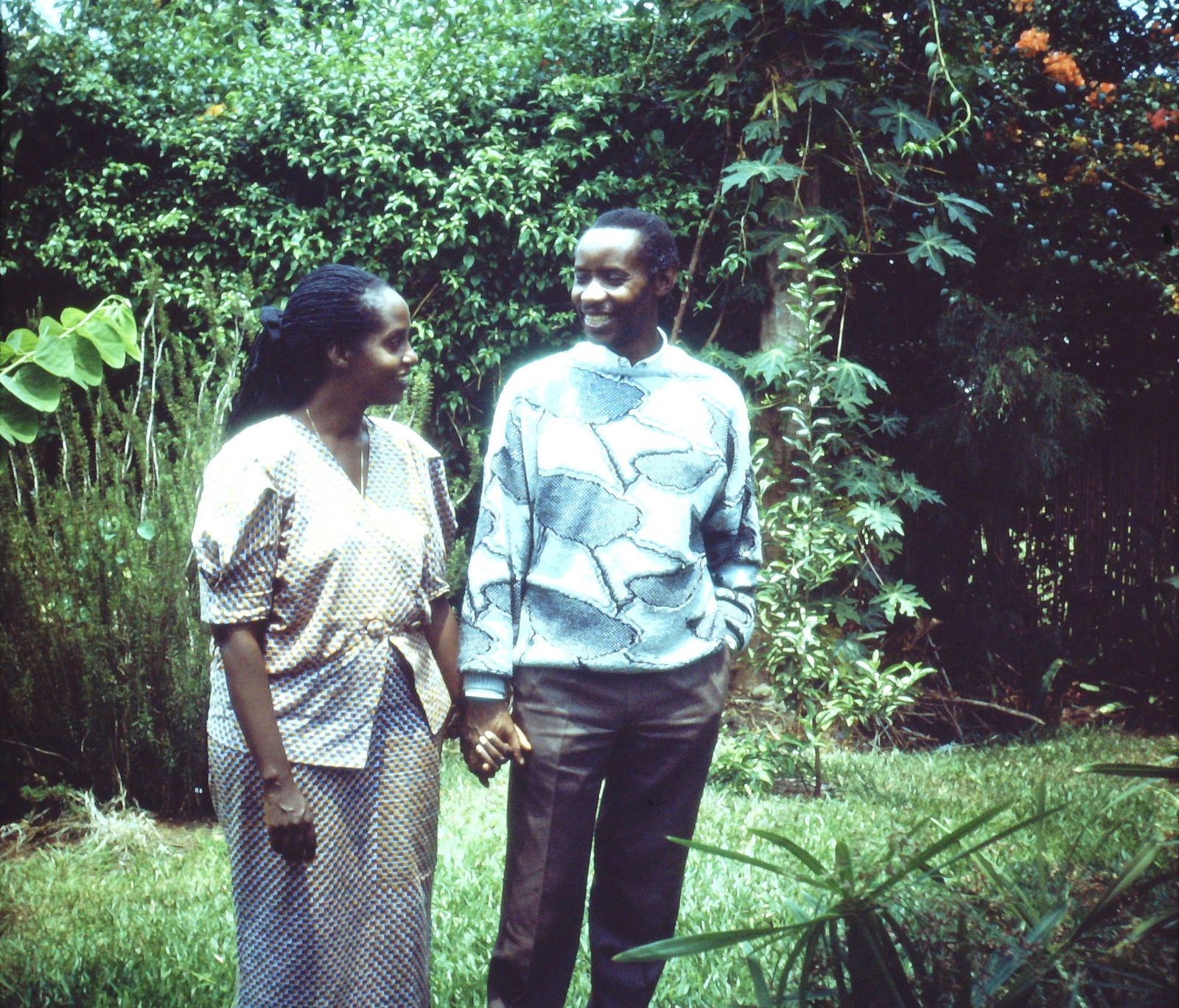 “The blood of martyrs is the seed of the Church.”

These words of Tertullian, an early Church Father, still ring true today in the witness of Servants of God Cyprien and Daphrose Rugamba and six of their ten children.

The night before they were killed, on the first of the 100 days of the Rwandan Genocide, the family had spent the night in adoration in their home, where they had special permission to have the Blessed Sacrament reserved in the tabernacle of their home chapel.

One of their sons present that terrible morning survived, having played dead during the attack, and his family’s bodies were discovered with Eucharistic Hosts scattered all over them and the tabernacle shot into by the assailants.

A devoted family prayer life was not always the reality of the family. After his time in seminary during the 50s, Cyprien was a staunch atheist—even after he married Daphrose, who was known to be a devout Catholic. Her prayer life carried her through the dark times of their marriage, as Cyprien despised her faith and conceived a child with another woman.

In 1982, Daphrose’s prayers were answered when Cyprien became ill. All of his senses, including his sight and hearing, were affected, which was very humbling for a renowned artist. As Cyprien observed Daphrose’s loving care for him despite all he had put her through, he began to wonder about her faith and his heart began to transform, restoring their marriage. Cyprien had a miraculous recovery on his way to get medical treatment in Europe and his conversion was solidified.

The whole family began to live a life committed to prayer and charity, with Daphrose having special compassion for children who lived on the street, and Cyprien began to compose numerous beautiful songs praising God. Many of the songs he wrote are still sung in Catholic Churches all over Rwanda.

One not long before his death considers the joy of entering heaven: “Nzataha Yerusalem Nshya” (which translates to “I will enter the new Jerusalem”). My own family sang it when we laid my grandmother to rest in Texas.

When political tensions arose between Hutus and Tutsis during the late 80s and early 90s in Rwanda, Cyprien spoke out boldly for peace, which put him and his family on a list of those to be killed. Even with the opportunity to leave the country to escape danger, the couple chose to stay and trust in God’s mercy.

Before they were taken up to heaven, Cyprien and Daphrose laid the groundwork for the faith of many to be strengthened and restored during a time of deep uncertainty after the genocide of the Tutsis. By establishing the Emmanuel Community, a public association of the faithful of pontifical right, they created a community that many would call home and find refuge in.

The Rugambas’ martyrdom gave life to the faith of their brothers and sisters, which allowed them to welcome in many who were seeking—including my own parents. Some of my earliest memories were created at the children’s center Daphrose started, where the Emmanuel Community still takes in homeless children to this day.

On his visit to Kigali in 1990, four years before the genocide, Pope St John Paul II said:

“I believe that holiness exists among the people that are here among you, in the people of Rwanda, in your marriages, in your families. I am convinced of this. One of my fondest desires is to be able to beatify or canonize a couple as soon as possible. There is a great need. So all that I should wish for you is that this canonized couple come from Rwanda. That would be a sign of your church’s spiritual maturity.”

In 2015, Cyprien and Daphrose Rugamba were declared "heroic in virtue", giving them the title Servants of God and marking the start of the formal process toward their canonization. Just last month, the diocesan inquiry into their lives was concluded.

The documents on their lives have now been sent to the Vatican for approval.

Nancy Sangwa Saro is a Neonatal ICU Nurse and student of Bioethics. A Rwandan-American new to the Bay Area, Nancy is a member of the Emmanuel Community, a Catholic public association of the faithful of pontifical right. She enjoys scribbling poems when the mood strikes her. 'It can be devastating, if you stop moving': Interview with Keith 'Bomani' Lamar, death row inmate sentenced for 1993 prison riot (part 1)