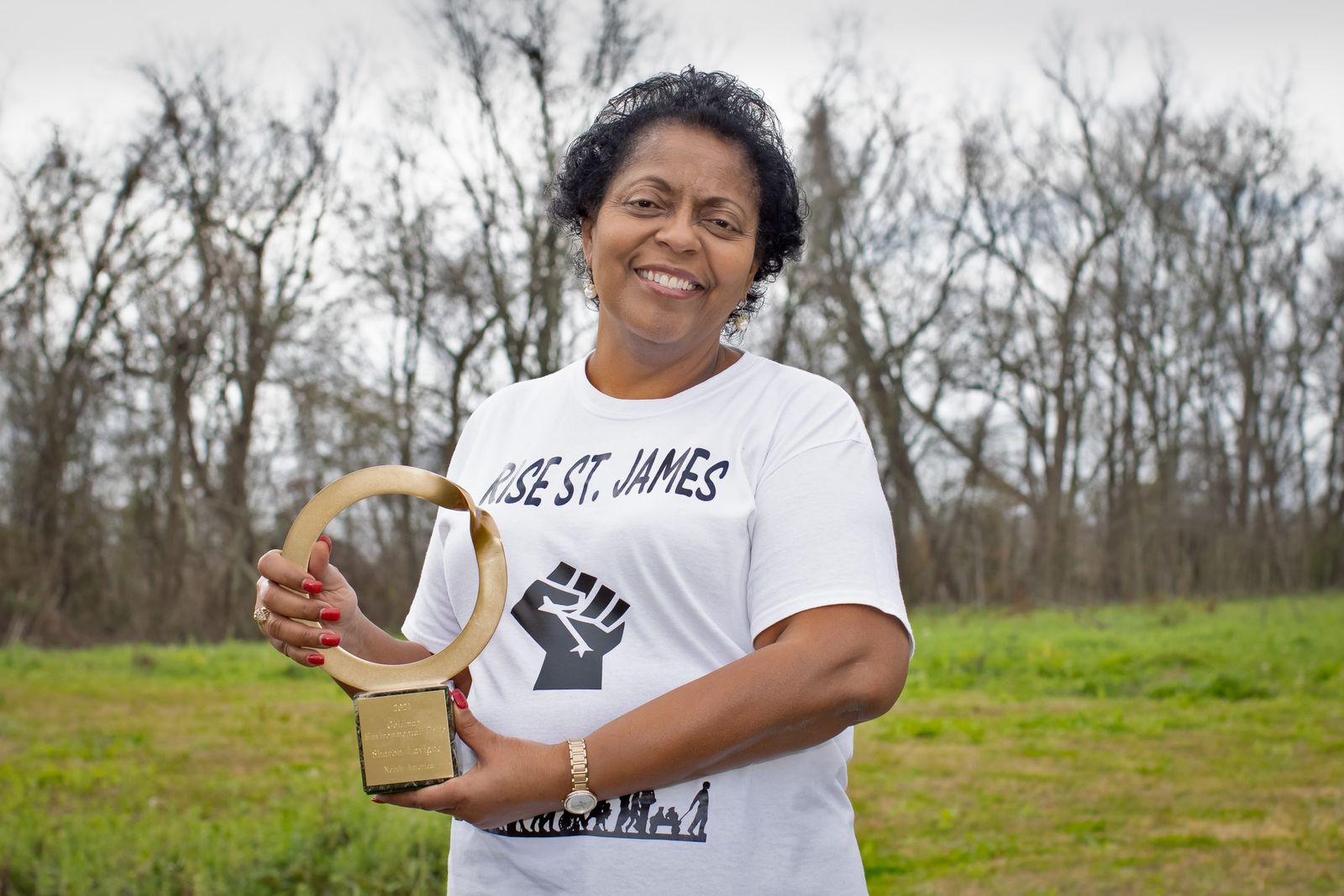 Sharon Lavigne, a Black Catholic in Welcome, Louisiana, has been named the North American recipient of the Goldman Environmental Prize, a world-renowned green activism award.

She received the prize, also known as “the Green Nobel”, in a virtual ceremony streamed last night on Youtube and Facebook.

Lavigne, a 71-year-old retired schoolteacher, has been an outspoken opponent of governmental and corporate mismanagement in what is known as “Cancer Alley”, a stretch of predominantly Black civil parishes in Louisiana lined with petrochemical factories producing manifestly carcinogenic fumes.

She has led a protracted fight in her own area, St. James Parish, against multiple such projects, including a proposed factory from the Chinese Wanhua Chemical Group, which pulled out in 2019 after pressure from Lavigne and others.

The company had previously breezed through the permit processes of the local and state governments—which have become notorious for favoring big business over local (Black) residents.

Lavigne is also protesting a planned factory from the Taiwanese Formosa Plastics Corp, which would bring not only health disruption (now exacerbated by COVID-19), but cultural as well.

Multiple graveyards full of the bones of her ancestors and others—enslaved African-Americans—were on the property claimed by Formosa and set to be destroyed.

Lavigne was illegally barred from visiting the site in 2019, which set her on a quest for justice. She and other community members founded an advocacy organization, RISE St. James, which would later temporarily halt the Formosa project via the courts and gain access to the burial sites.

“I want to let you know that God said: ‘A thief comes only to steal and slaughter and destroy’,” Lavigne said in her GEP acceptance speech.

“Formosa Plastics is that thief.”

Profiles of Sharon, Rise, and the dire situation in Louisiana have increased exponentially since the Formosa debacle first came to light, and one just a month ago from The Atlantic made the link between Cancer Alley and chattel slavery—which occasioned the sites of the graveyards in the first place, being on the grounds of former plantations.

She has said repeatedly that the impetus of her work stems from Catholic faith and holy writ. She remains a faithful parishioner of—where else?—St James Catholic Church.

Concerning the Cancer Alley crisis, RISE is not alone in the fight.

Together Louisiana, another faith-based group in the area, is also combating environmental racism and recently released a video explaining their work and celebrating the 50th anniversary of the Catholic Campaign for Human Development—which supports them financially.

Lavigne’s Goldman honor will come with added legal assistance from the Goldman Environmental Foundation, grant opportunities, promotion, and a $200,000 check—which will no doubt be used to continue her work.

“God said to St. James citizens: ‘I came so that you may have life and have it more abundantly.’,” Lavigne noted last night.

“Formosa is not coming here to destroy our community because our fight will continue with your help.”

Those interested can donate to RISE St. James here.