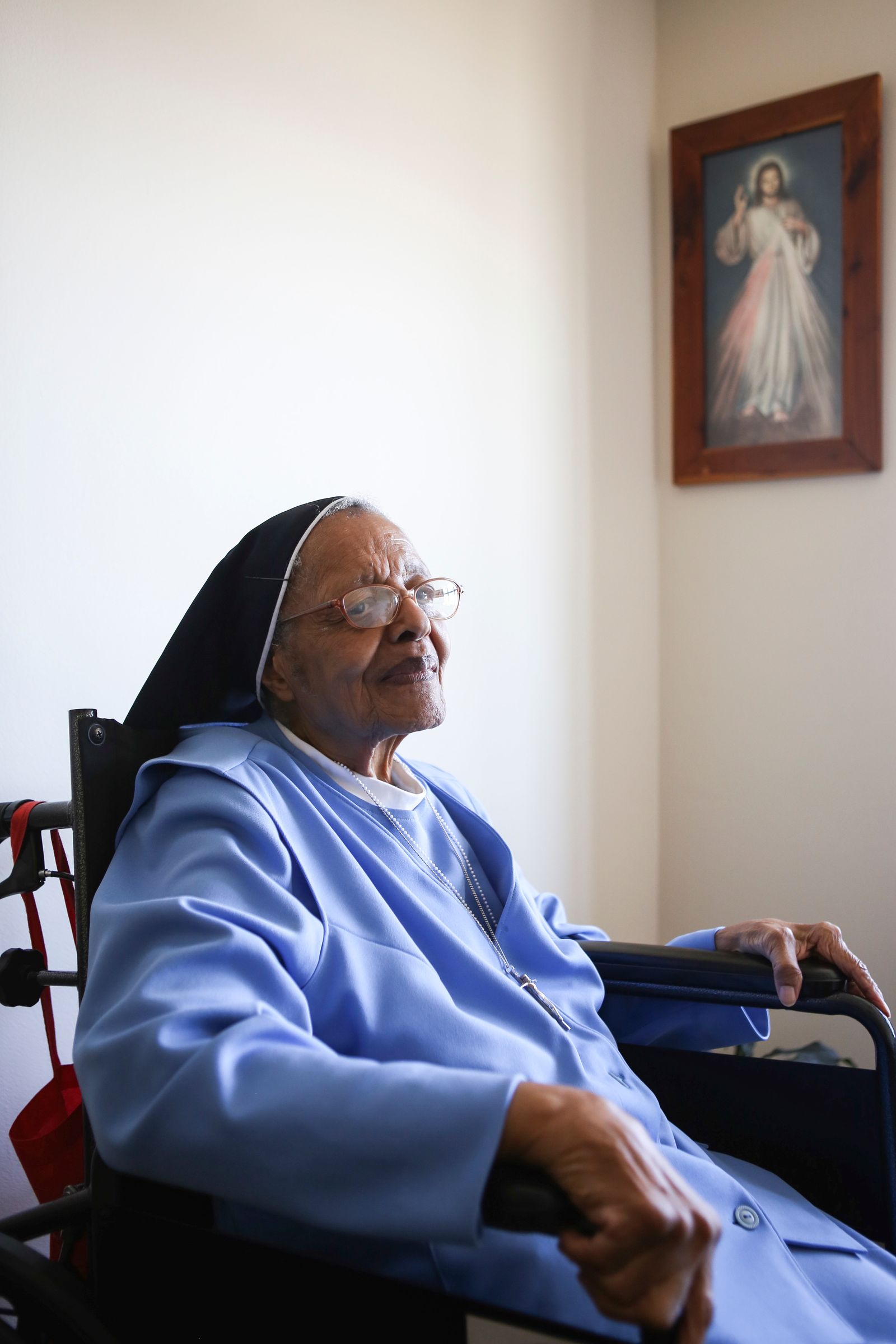 Sr Anthony Marie Granger, FHM of the Franciscan Handmaids of the Most Pure Heart of Mary—the third-oldest order of Black nuns in the United States—died last month in New York City at the age of 99 following an extended illness.

The news of her passing on Thursday, June 2nd was first announced publicly by St. Aloysius Catholic Church in Harlem, where her funeral took place on June 9th. Her niece also shared the news on social media.

Granger was a resident of St. Patrick's Home Rehabilitation and Health Care in the Bronx at the time of her death and was among the oldest members of the Handmaids, founded by Mother Mary Theodore Williams, FHM in 1916.

Born Marion Granger in New Jersey, Sr Anthony Marie served in ministry for nearly 70 years following her entrance into the order in 1953.

"I got tired of running from the Lord. He chased me, and I ran. I mean, I ran, and he was pursuing me,” she said in an interview for the sisters’ centennial in 2016, recounting a miraculous encounter that led to her vocation.

“I went [to visit a convent in Philadelphia] and I still didn’t want to be a sister. I still didn’t want to wear those clothes. Sunday afternoon I went to Benediction. Father blessed the people, and all of a sudden I saw nothing but a sea of black veils. I got up, tears running down my eyes, and I ran out of the church. And all of a sudden I heard this soft, sweet voice that was our Blessed Mother; I knew it was.

Affiliated with the Third Order of St Francis since 1930, the Franciscan Handmaids were originally founded in Savannah, Georgia in response to a Jim Crow law that forbade White teachers in the state to instruct Black children in school. Williams, formerly a member of the Sisters of St Francis and the Oblate Sisters of Providence, heeded a call from Fr Ignatius Lissner, SMA to start a Black-run school there to counteract the racist legislation.

The sisters later relocated to Harlem and have since engaged for over a century in education, childcare, catechesis, spiritual direction, healthcare, and charitable works in the nation’s largest city—including the well-known St Edward Food Pantry and St Benedict’s Day Nursery.

Granger was one of the last surviving African-American members of the Handmaids, with the order having long looked to the West Indies and, more recently, to Africa for new members—not unlike the other two historically Black US orders, the Oblate Sisters and the Sisters of the Holy Family.

In 2014, Pope Francis himself urged the Handmaids not to cease operations, citing the need for their ministry and the possibility of attracting vocations overseas alongside innovative ministry strategies. Within a year, they had elected their first Nigerian superior, and the motherhouse was moved from Harlem to Nigeria in 2019.

A week prior to Granger’s death, the sisters made headlines for the fate of their historic NYC convent and former headquarters, which was sold in 2019 for $9.4M and demolished beginning on May 25th of this year.