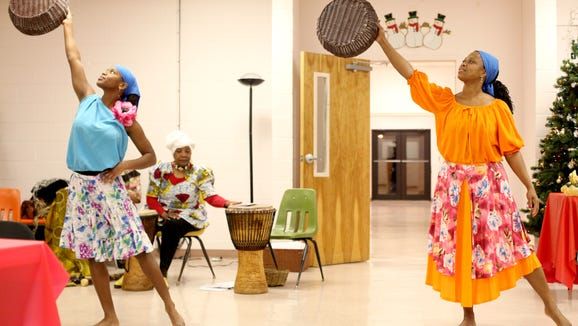 St Mark’s is the second gospel in the Bible, but the first to be written. Scholars believe that Sts Matthew and Luke had a prior knowledge of its content while composing theirs. Though no one precisely knows the year of its redaction, many scholars agree that Mark composed his gospel between 65 and 72 AD.

Furthermore, Mark addressed his gospel to a community, primarily consisting of non-Jews. His choice to write in Greek, quote Jewish scriptures from the Greek translation, and interpret Jewish cultures to his audience is an excellent reason to believe that his community didn't know much Aramaic.

The community he wrote to must have been facing severe persecution because of their faith in Jesus Christ. It's assumed that he wrote shortly after the failed Jewish Revolt and the destruction of the second temple.

Mark starts his gospel by introducing Jesus—“The beginning of the good news about Jesus the Messiah, the Son of God” (Mk 1:1)—and the rest remains a secret for the readers to rediscover. It will be the Centurion who reveals him publicly at his death, saying: “Surely this man was the Son of God!” (Mk 15:39).

The particularity of Mark's gospel is his openness to those usually considered outsiders. To start, Mark presents Jesus as going around preaching, healing, and casting out demons. And shortly after appointing the 12 disciples to carry on with his ministry, he accompanied them for a while before sending them out on their own.

However, on the day of his transfiguration, he surprised the disciples, incapable of delivering a child possessed by the evil spirit. Around this moment, John informed Jesus that they stopped someone casting out demons—not because he was doing it wrongly, but because he himself was an outsider.

Here, Mark deploys one of the most outstanding messages of his gospel. Jesus has been operating miracles throughout his time with the disciples; he has already revealed to them that he's the Messiah, and still they had little faith, unable to exorcise the child.

Mark knew his community well, and the danger of excluding those not within the sheepfold. He was, therefore, calling on them to open their minds to the beauty of diversity. Consequently, in this week of the Kwanzaa celebration, Mark’s gospel speaks to us.

We have heard people say Kwanzaa goes against the spirit of Christmas—which is ridiculous. We have also heard people insinuate that Kwanzaa is a pagan ritual instituted to attack Christmas. Others say it's the resurrection of paganism.

But the real question is: how can anyone deem it a pagan feast? Kwanzaa has always been a celebration of the seven fundamental and core values of Black people: Umoja (unity), Kujichagulia (self-determination), Ujima (collective work and responsibility), Ujamaa (cooperative economics), Nia (purpose), Kuumba (creativity), Imani (faith).

Is unity also not a fundamental Christian value—"that they all may be one" (Jn 5:20), prayed Jesus shortly before his passion? Are self-determination, collective work, responsibility, cooperative economics, purpose, creativity, and faith not also solid and crucial Christian values? Is it not Ubuntu that corroborates the Lord's prayer—given that we're all brethren—bringing to the forefront the values of the Nativity?

Why then do we want to vilify Kwanzaa simply because we think the foundation didn't come from the privileged quarters of the Christian family?

When Fr Gustavo Gutierrez, OP wanted to explain how God manifests himself among the poor in Latin American, he borrowed some of his discourses from the philosophy of none other than Karl Marx.

And what about the founders of our religious congregations? Some of them have committed proven crimes, yet we know that because their charisms are valuable, the Church retains and celebrates those charisms.

So, though, we might accuse some architects of Black Power of not being pro-Christianity, anyone who understands what Christians did to their ancestors would comprehend that they were struggling to reposition themselves in a society that barely wanted them alive. Why call them outsiders when they were all working to restore our common human dignity?

As the Black community continues to develop and enrich itself, it's crucial to participate in their struggle. Some think it's enough to show a little compassion occasionally, but it's necessary to remember that no one is free unless we're all free, that to not be against us is to be for us.

So where do you stand today, in this moment of reconciliation?

The USCCB’s assistant director for African-American Affairs, Donna Toliver Grimes, once asked in writing: ”Is it I, Lord? Am I causing the breach?”

“We have to go where the pain is. Walk together. Don't just write checks. Compassion is to share a passion. Make your ‘we’ bigger, broader. Understand that reality is based on other perspectives. Be open to listen and share both joys and pains.”

This time is the moment to listen to the stories of the Black community; it's time to start including their values if they're not against Christian values, for their stories and heritage are also parts of this glorious tapestry ornamenting North American society and its Church. Thus, it’s imperative that we encourage the Kwanzaa celebration, for as Jesus said, “whoever isn't against us is for us.”

And whoever wishes to be for us must learn to not be against our spiritual and cultural values.

Fr Nnaemeka Ali, OMI was born and raised in Eastern Nigeria and serves at the Innu First Nation communities of Ekuanitshit (Mingan) and Matimekush-Lac John (Schefferville) at the Coastal Shores of Quebec in Canada. He is currently pursuing his master’s degree in Theology at Saint Paul University Ottawa. A Kwanzaa Round Up