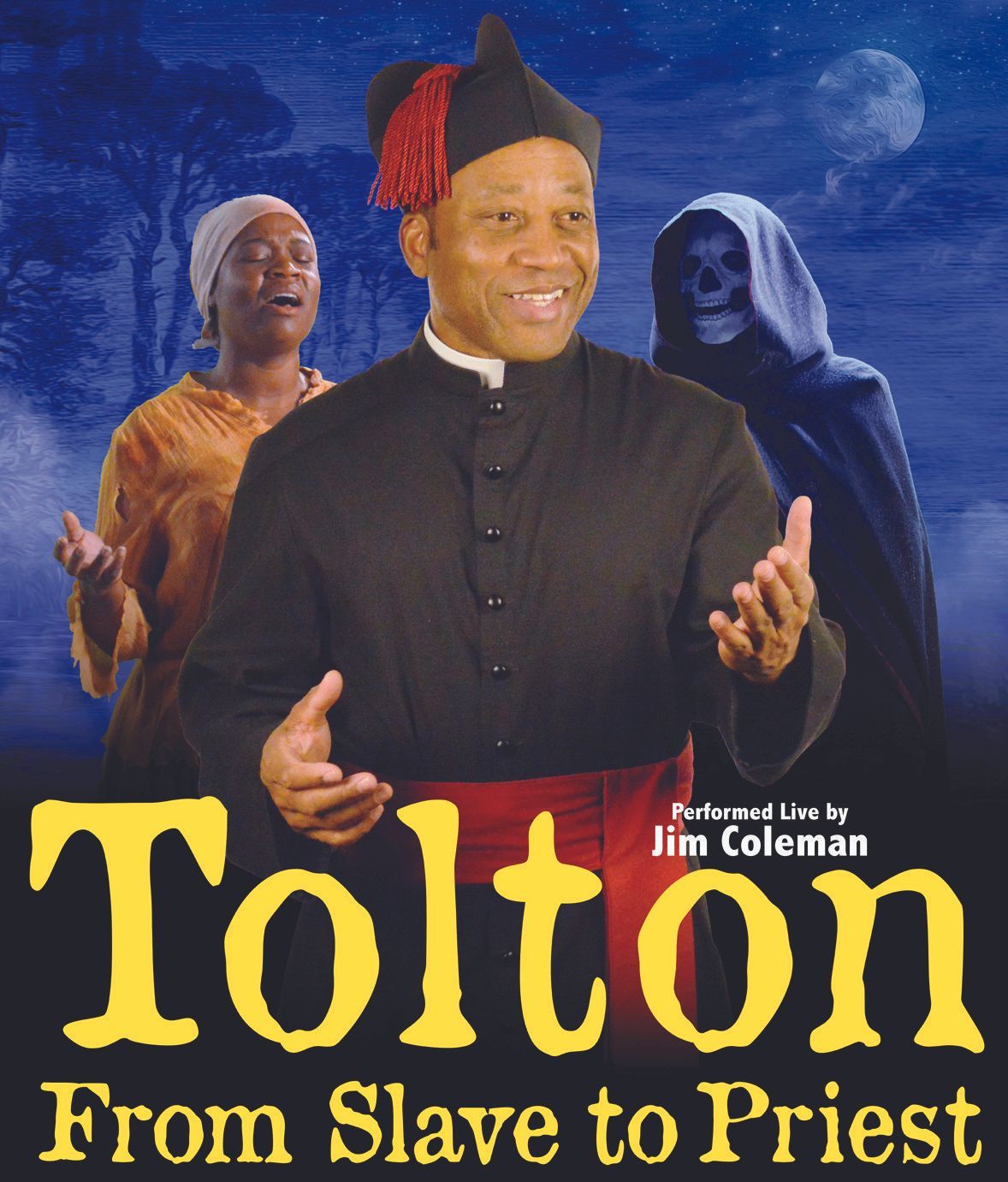 A one-man theatre show on the life of a Black Catholic saint-to-be has returned to the stage.

“Tolton: From Slave to Priest”, starring Orlando’s Jim Coleman as Venerable Fr Augustus Tolton, went live in the Portland metro area last month, the home base of its creators at St. Luke Productions.

The comeback tour began at Sacred Heart Catholic Church in Battle Ground, Washington on July 30th followed by Holy Rosary in Portland on the 31st.

The show, which originally opened in Chicago in 2017, tells the story of the pioneering Black priest who, after escaping slavery only to face a national ban on Black seminarians, traveled to Rome for studies in the late 1800s.

He attained holy orders in 1886 at the age of 31, and was the first-ever openly Black priest in the United States upon his return that same year.

He died from a heat stroke at the age of 43 just 11 years later (almost to the day), and was declared “Venerable” by Pope Francis in June 2019.

“It's not just a story of strength and perseverance,” said SLP founder Leonardo Defilippis.

“It's such an answer of healing forgiveness.”

Tolton was known for his endearing spirit throughout his life, and his willingness to undergo extreme trials to accomplish his goal of ministry, perhaps especially to African Americans.

He had founded a Black Catholic school, St Joseph’s, in his native Quincy, Illinois while in his twenties, and after ordination he founded St Monica’s in Chicago—the first Black parish in that archdiocese’s history.

Coleman, a Baptist himself, encountered the story of Tolton after a friend recommended he audition for the role. After reading Caroline Hemesath’s 2006 book “From Slave to Priest”, Coleman also came to admire more than just Tolton himself.

“The biggest thing for me was that he had a praying mother. She was like my mother and my mother’s mother. I related to a great degree,” he told BCM.

“Through all the adversity, the war of racism back then when they escaped from slavery, and the war we still encounter—we are constantly dodging a multitude of cultural, economic, social, and educational obstacles that are like landmines in our daily life. He went through it way back then and persevered.”

As Coleman notes, Tolton’s mother Martha Jane was an indomitable force, leading the family to freedom in Illinois from their former plantation in Ralls County, Missouri. In the show, she appears on-screen alongside various other characters in pre-recorded vignettes with which Coleman interacts live.

“You're getting a dynamic interplay, which is unusual because you don't often have a film that's focused just on the live actor,” Defilippis said.

“In this case, he has to play from young boy all the way to his death.”

Defilippis himself had considered becoming a priest before founding St Luke’s Productions in 1980, having been raised Catholic and pursuing religious life before a Benedictine monk recommended he do a stage show on the gospels.

From there, he created a one-man show on the Gospel of Luke—giving the larger venture a permanent name—and has been at the craft ever since, eventually leading to the Tolton show (his first on an uncanonized or Black person).

“I was in the Springfield diocese, and a priest who I knew and had performed says ‘Hey, here's a book. I want you to read this. And I want you to think about doing a show on it.’”

The book was on Tolton—as Quincy falls within the Springfield diocese—and, despite reading it and becoming fascinated, Deflilippis says he set it aside in favor of other projects. However, he kept a picture of Tolton on his bookshelf, which one day made all the difference.

“I looked up and saw the picture of Tolton, and he kept staring at me,” he said.

“And then—in a shock to the everybody here [at SLP], who didn’t know too much about him—I just decided the Holy Spirit was saying ‘You’re going to do Tolton.’”

After auditions, despite Coleman’s recommending friend (and eventually his family) becoming convinced he would get the role, it initially went to another actor.

“I told my mother-in-law, ‘Thank you guys for the prayers and somebody else got a job,’ and she said, ‘No, that can't be, because all of us are praying, we are prayer warriors, and this job is yours.”

And so it was.

Three months after the initial decision, when the first actor exited the show, Defilippis called Coleman with a job offer. By January 2019, he was in.

The show is still going strong over two and a half years later, despite a global pandemic that put a halt to operations for more than half of that time.

“It’s been really, really hard, because it was such a popular program and growing,” Defilippis said, adding that plans for a movie version materialized during the COVID-related break.

“I have always found that the live performance is probably the most powerful venue for communication, because you're in the presence of the situation and you're not a spectator, you're a participant,” he elaborated.

“Fr Tolton, in a one-person show, can all of a sudden look right into your eyes.”

The two shows in the Northwest immediately preceded filming, which wrapped by August 12th.

Now, as Defilippis, Coleman, and company continue their whirlwind tour next month in Texas—followed later by Connecticut, Michigan, and Ohio—even more expansive possibilities have emerged, including international interest from Brazil and the possibility of a performance in Rome.

“In the end, we need Jesus. And that’s what [Tolton] provides,” Defilippis said.

“I think the message is so powerful and people are hungry. They want to see Tolton. It’s amazing.”