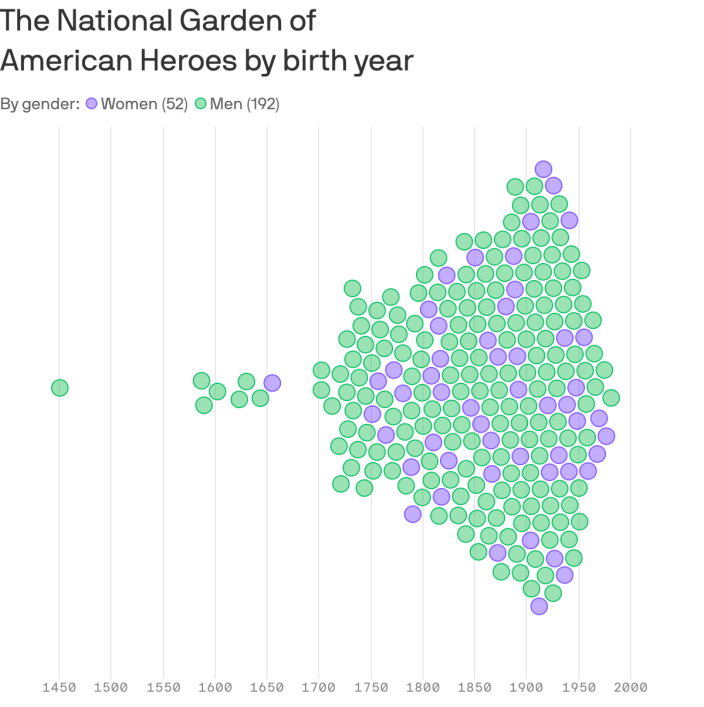 The influence of Trump’s Catholic advisers continues to be on display in his last days in office, as the list of honorees for his planned “National Garden of American Heroes” includes a number of saints—including a Black saint-to-be.

Venerable Father Augustus Tolton is to receive a statue in the garden, as is Saint Katharine Drexel, the second-ever American saint and a legendary philanthropist in the Black community.

Interestingly, though the list also includes a number of non-Americans, British saint Thomas Becket—who received federal recognition from Trump in late December—was not one of them.

One lesser-known Black Catholic on the list is Mary Fields (aka “Stagecoach Mary”/”Black Mary”), a Montanan who was the first African-American mail carrier. (Her route was from her town to the Ursuline convent nearby.)

Also included among 17 US presidents are several of the most racist in history, and noted terrorist Harry S. Truman.

Unsurprisingly, one of the largest sections in the garden is for military figures, including one African American: 4-star general Benjamin O. Davis, Jr.

Notable omissions include even a single Black actor or actress (that wasn’t primarily a singer), or a Black writer other than Phillis Wheatley.

In fact, outside of musicians, no Black artists other than Wheatley were included at all.

The garden, which will involve statues of each listed figure, was originally announced in July, well before the last election, with a much shorter slate of individuals (31), including a handful of African Americans and a sprinkling of White Catholics.

This time around, the list has grown to 244, a gaudy number that might indicate Trump’s November defeat has spelled doom for the garden ever coming into being.

For better or for worse, it would appear that the number of Black honorees (33) was selected so as to match the percentage (13%) of African Americans in the US—no more, no less. A Black Catholic choir almost forgotten in the day's ado