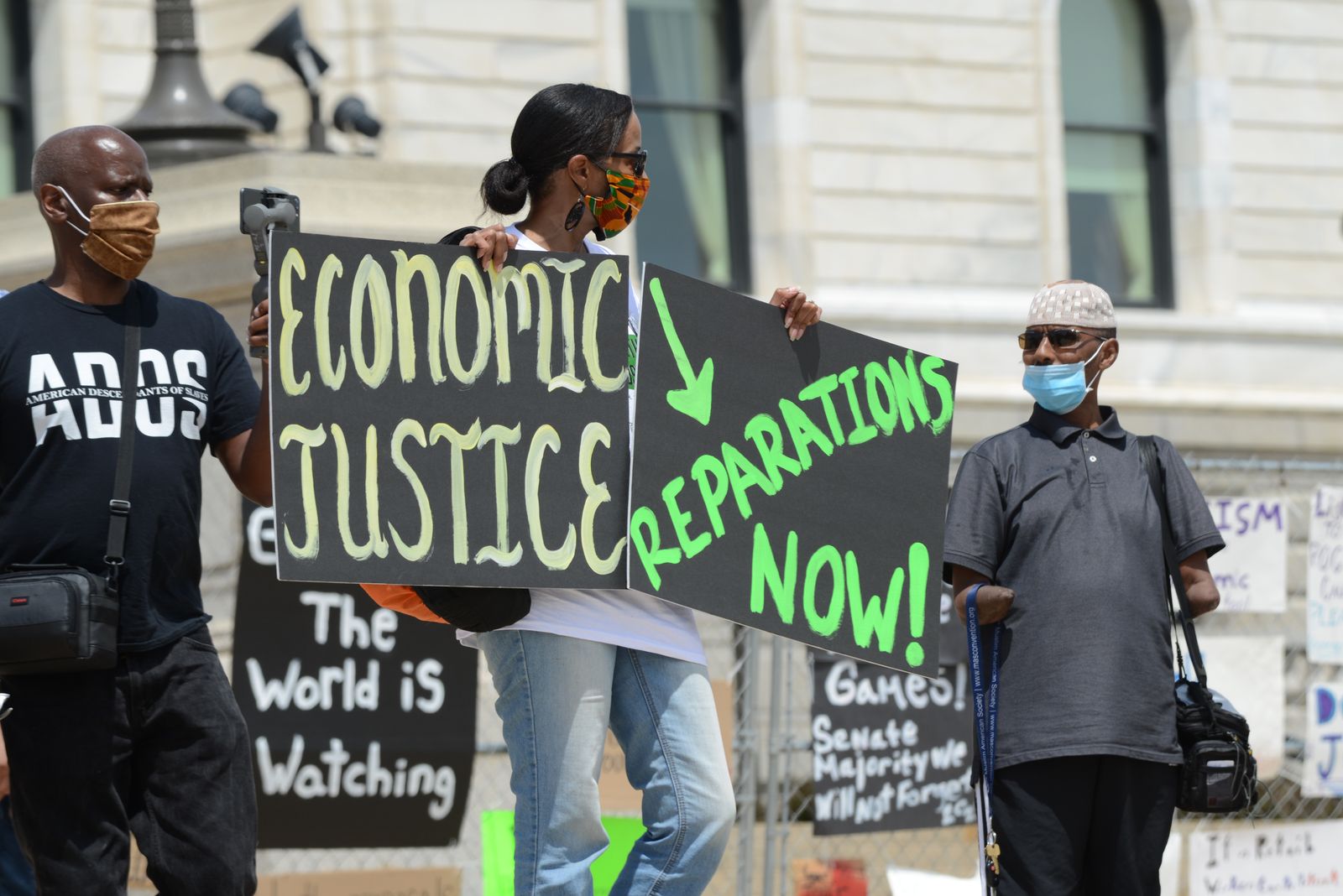 In another instance of a lofty Congressional act introduced shortly before the end of the year's session, Sen. Cory Booker (D-N) has introduced the Senate version of a bill meant to study the effects of racism on Black Americans.

His "United States Commission on Truth, Racial Healing, and Transformation" resolution (SCR50) accompanies an identical one (HCR100) introduced in the House by Barbara Lee (D-CA-13) over the summer, when she was joined by 168 other Democrats—including Black Catholics Lacy Clay (D-MO-1), Adriano Espaillat (D-NY-13), and Anthony G. Brown (D-MD-4).

Neither bill has come to the floor for a vote.

Inspired at least in spirit by South Africa's infamous "Truth and Reconciliation Commission" near the turn of the 21st century, the commission would theoretically lead to the healing of America's sordid socioeconomic history in regard to Black Americans.

"As a nation, we must acknowledge and grapple with the systemic racism and white supremacy that have been with us since our country’s founding and continues to persist in our laws, our policies and our lives to this day," said Booker in a statement on Thursday.

"[This commission] will be a critical compliment to... the recent George Floyd Justice in Policing Act and the long time movement to establish a commission to study reparations."

While the law enforcement legislation there mentioned was a result of this year's protests (and was also sponsored by Clay, Espaillat, and Brown), the reparations bill—H.R. 40—has been a regular (and abortive) feature in the House since John Conyers, Jr. first introduced it over 30 years ago.

He had re-introduced it in every session of Congress thereafter, until his less-than-voluntary resignation in 2017. He passed late last year.

HR40 was revived by Sheila Jackson Lee (D-TX-18) in January 2019, and shares with HCR100 about 170 Democrat co-sponsors in the lower house (including all 3 of Congress' Black Catholics), a Senate sponsorship from Cory Booker (S.1083), and an inability to reach the assembly floor.

At least one prominent economist has openly questioned the idea of a mere commission of the Zulu variety, noting that Black South Africans too failed to secure adequate recompense, despite their supposed truthing and reconciling.

In the nearly 158 years since Lincoln first freed the (Confederate) slaves, neither Congress nor the executive branch has definitively moved to fully rectify the effects of institutional anti-Blackness on the African-American population in these otherwise united states.

Though the newly-freed population was more or less promised financial compensation—in the form of "40 acres and a mule"—for their (and their ancestors') longtime status as unpaid laborers, this never materialized.

The issue has managed to pick up steam in recent years, thanks in large part to advocacy groups such as N'COBRA (who is working with Lee on HR40) and ADOS (who have dominated the online push for reparations, oppose N'COBRA, and have called for HR40 to be amended).

Given Dr. Darity's comments, and that the intertwined (and clearly contentious) reparation and truth commission bills will likely have to be reintroduced in the 117th Congress, it might be too early to offer any congratulations to the congresspeople involved.

Whatever the outcome, it would appear that at least the bluer side of Capitol Hill believes in economic reparations—including the Black members who believe in spiritual ones, too.