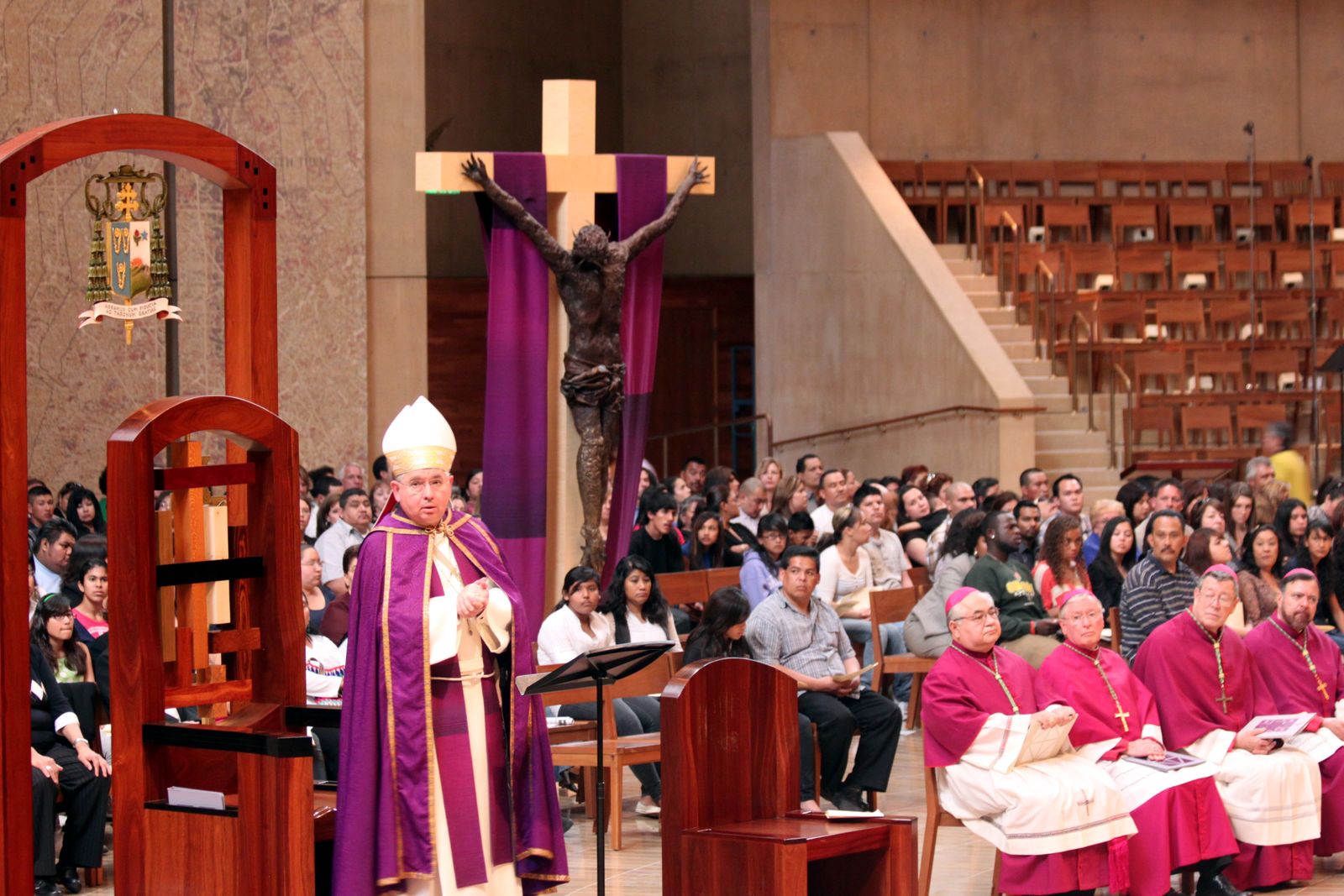 The second day of the USCCB's first-ever virtual General Assembly, streamed today via YouTube, brought more of the same, with controversial topics covered ambiguously and discreetly—leaving Black Catholics largely in the lurch.

The 30th anniversary of Black Catholic History Month, which has now halfway passed, remained of no great import to the assembly, as the livestream came and went with no mention of the commemoration. This was despite the assembly having an entire session today on racism. The other session, which preceded, covered COVID-19.

Near the beginning of today's assembly, the Ad Hoc Committee Against Racism (ACAR) was extended on an ad hoc basis, for an additional 3 years. While the vast majority of bishops voted in favor of the extension, 3 bishops opposed the extension and 1 abstained—just as in 2018 when the bishops voted on "Open Wide Our Hearts" (OWOH), their first anti-racism letter in almost 40 years. It is not clear whether the identical voting patterns arose from the same 4 bishops.

Yesterday's session involved a passing reference to Black Americans during an extended segment from the U.S. apostolic nuncio on Blessed Michael McGivney, and the first half of today's session—concerning COVID-19 shutdowns—put scant specific focus on an ethnic group among the most violently affected. Other minority groups hardest hit by the virus featured rather heavily.

This was in part due to the voluntary and time-limited nature of the comments, which involve a given bishop requesting to speak before sharing comments. Of the hundreds of bishops assembled, only a select few were able to speak. The process for how responders are chosen is not clear, but several bishops in the COVID session were apparently unable to fit into the time slot.

Those who did get the opportunity to speak were—with a few exceptions—apparently unaware of the connection between COVID, the new world it has helped create, and the massive pro-Black justice movement that has blanketed the streets and the news throughout the year 2020.

An extended statement from Archbishop Paul Coakley of OKC kicked off the COVID session, focusing on the effects the pandemic is having at the diocesan level. In it, he mentioned a special focus on the "poor and vulnerable" as well as the incarcerated, but no greater specificity was given.

During the allotted time for attendees to respond, Bishop Robert Barron of the Diocese of Los Angeles (a Black Catholic hotspot), offered a proposal for an evangelization campaign, but nothing regarding the impact of COVID on the hardest-hit groups in his area.

Bishop Barry Knestout of Richmond, whose diocese mentioned Black Catholic History Month yesterday on the internet for the first time this year (via retweet), spoke during the session on a host of other issues, including his diocese's bicentennial and Eucharistic Congress held a little over a week ago.

The Congress involved, among other parishes, the nation's only Black basilica, and featured Cardinal-elect Wilton Gregory in his first major event following his historic elevation as the first-ever African-American cardinal. These facts apparently did not merit inclusion in Knestout's comments.

+Gregory, absent from the General Assembly due to his imminent departure for the consistory in Rome (at which he'll officially don the red hat), tweeted during the meeting from the airport in New York.

Despite the issues cited during the COVID session, countless American Catholics—including not a few bishops—have advocated for accelerated reopening of churches, despite risks and local ordinances.

The bishops of Wisconsin even lifted the dispensation from the Sunday obligation across the state in September—before two of its dioceses reinstated it a few weeks later following infection spikes in the region. One Milwaukee parish reported significant spread among its flock and staff earlier this month.

These diocesan-level impacts were not mentioned during the assembly, and no bishops from Wisconsin spoke during either session.

Instead, Wisconsin's sole feature was when the Diocese of Green Bay was congratulated by ACAR Chairman Bishop Shelton Fabre for an OWOH-based photo presentation, during his introduction to the day's session on racism.

Fabre also congratulated the ACAR on its "exceedingly active" work and the bishops on their various responses to racism, though he noted that the American situation in regards to racism remains "sinful". Who is sinning against whom was not clear, however.

He also encouraged the bishops to peruse the committee's November 2020 information report, though it is not clear whether this report is public; at the time of this writing, it could not be found on the ACAR webpage.

The rest of Fabre's introduction covered a range of other issues related to race and racism in the year 2020—including health disparities and protests—but White people, Catholic or otherwise, were not explicitly mentioned at all.

In fact, with the exception of Bishop Mark Seitz of El Paso—notable for the being the first Catholic bishop known to participate in a BLM protest march—no bishop who spoke during the entire 45-minute session on racism specifically mentioned Whiteness or White people.

Fabre's address was followed by a Q&A on triumphs and challenges experienced in various dioceses concerning racism, beginning with scheduled presentations from a trio of White bishops: Jaime Soto of Sacramento, Thomas Rozanski of St. Louis, and William Lori of Baltimore. All three mentioned some form of racism listening session in their respective dioceses.

Soto noted opposition to the idea from at least some parishes and schools in his diocese, but did not note the racial makeup of those institutions. He also described how, thereafter, when the Sacramento metro "began to experience some of [its] own unrest and difficulties... both clergy and laity were grateful for that the initiative was already at work".

The nature of the unrest and difficulty, and who exactly was experiencing them and grateful for the dialogue, was not clear. Soto noted revelations from members of his flock of significant "hurt" and "pain" experienced due to racism but, as before, did not mention any specific racial or ethnic groups from which such comments came.

He concluded by cheering the diocese's hosting of a play honoring the life and legacy of the first openly-Black Catholic priest in the U.S., Venerable Augustus Tolton. Though Soto did not say so, Tolton was an African-American who faced virulent racism from his White Catholic peers.

Rozanski recounted praying in his diocese at the site of the shooting of Michael Brown, alongside a listening session, Healing Mass, the establishment of various social justice ministries, and ecumenical dialogue with Black clergy in the area.

He also noted the self-proclaimed status of SLU's St. Francis Xavier College Church as an "anti-racism parish", and the inclusion of a class on race relations at the local seminary.

The work of Black Catholics in his diocese was described as focusing mostly on interracialism, and no mention was made of the public instances of racism in and from his diocese's White Catholics over the past year.

Lori honed in on his diocese's efforts to increase diversity and awareness on race, including partnering with Howard Ross, a secular humanist White activist who earned Lori the ire of not a few Traditionalist Catholic media outlets.

Like many of the respondents during the session, Lori peppered his remarks with an abject vagueness that implied racism in American Catholicism is primarily a colorless issue, rather than one that starts and ends in White Catholic churches, schools, and power structures. To bolster this point, he cited himself:

It's unclear whether Lori meant to imply that Black Catholics and other minority groups in the Church have a historical and/or current propensity toward racism, or whether he meant to use the word "us" to refer to White Catholics alone.

Lori thereafter congratulated himself for his piece in America Magazine on the Black Lives Matter movement (which also does not mention White people), and for his plans to open a Black Catholic school next year.

Archbishop Sample of Portland led off his comments with a condemnation of his city's riotous protests, which he described as a "hijacking [of] a the righteous and lawful and needed peaceful protesting and demonstration on behalf of racial equality", noting that Portland is "not a violent city".

The White race again went unmentioned, despite Sample's admission that Portland (and the state of Oregon as a whole) was founded to exclude Black residents.

"Who remembers George Floyd anymore? The emphasis has been taken off the real issue at hand," he protested, concluding his comments by contrasting "simple" phrases such as 'Black lives matter' with Catholic doctrine/tradition—apparently implying that the former does not fully express the latter.

Black Catholics in his own city might beg to differ.

So might the Black bishops. Unfortunately, outside of Fabre himself, the 4 available Black bishops were neither seen nor heard during the this week's two public sessions.