A noted HIV/AIDS activist from New York is headed to Rome later this week to commemorate a historic meeting with Pope St John Paul II.

Don Victor Mooney, a Black Catholic HIV/AIDS activist in NYC and the first African American to sail solo across the Atlantic, has been invited to the pope’s general audience on December 1st.

That journey, which began at Goree Island in Senegal in 2006, was unsuccessful, and two subsequent attempts also failed.

After an extended break, Mooney, then 48 years old, emerged from retirement in 2014 and made history when he reached the Brooklyn Bridge from the Canary Islands, a Spanish territory in North Africa.

Since then, he has made headlines for Black history advocacy by way of his H.R. 1242 Resilience Project, named after a 2018 Congressional bill that created a commission to commemorate the 400th anniversary of the arrival of African slaves to Virginia in 1619.

Over the course of the past year, he has given updates on the book he is writing, which documents his 5,000-mile rowing journey.

According to his website, the manuscript for the book is now complete, and a children’s version will also be released.

He was honored at NYC’s historic Columbus Day parade on October 11th this year, and received the invitation to the Vatican from the head of the papal household, Msgr Leonardo Sapienza, on October 27th.

“I don't see this pilgrimage as a victory march, but a testimony of faith,” said Mooney, who plans to gift Pope Francis the wetsuit he used on his first attempt.

The outfit is now emblazoned with the Holy Father’s name in Italian above a red ribbon symbolizing AIDS awareness, in a design created by Stephen and Jennifer Crissman of Raleigh, N.C.

In addition to memorializing the horrors of the Middle Passage,  Mooney’s transatlantic voyage was meant to encourage voluntary AIDS testing and honor the legacy of the late Cardinal John O’Connor, who died in 2000, as well as Mooney’s brother, who succumbed to AIDS in 1983.

He lost another brother, also HIV-positive, this past summer.

Mooney plans to depart for Rome with his wife and son on Friday, and plans to visit the tomb of Pope St John Paul II on November 30th.

“While some have laid flowers, I plan to lay a pair of rowing oars as a lasting tribute [to his] global humanitarian spirit,” he said.

“The oars are painted in the national colors of Poland.” 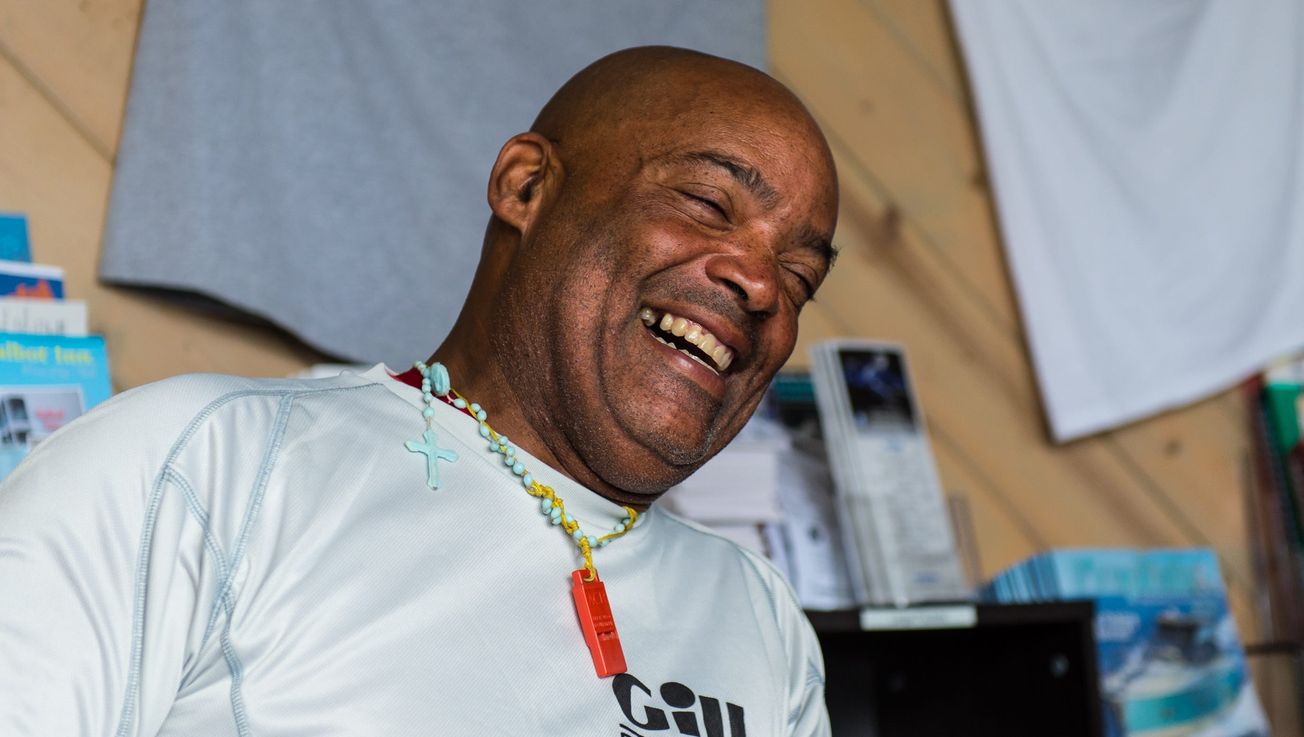