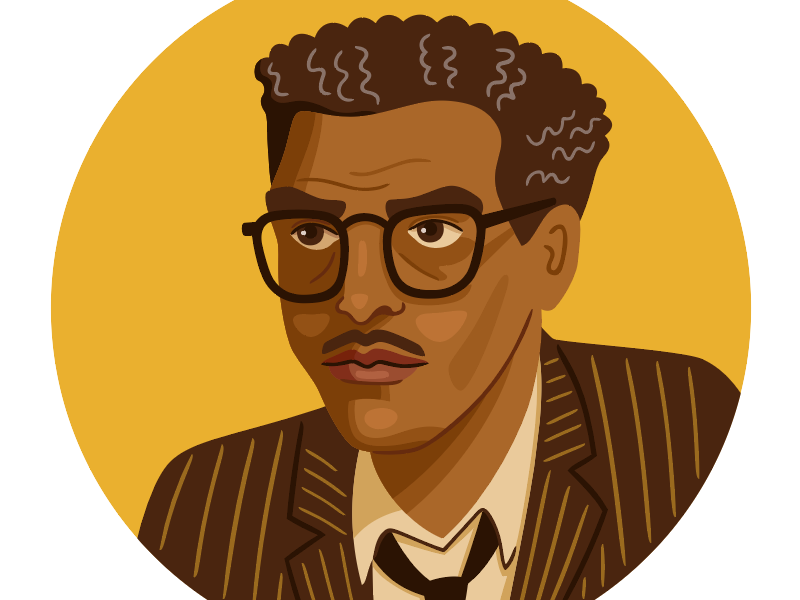 2020 marked the 5th year since the US Supreme Court legalized same-sex marriage in all 50 states. Decades before the ruling, though, hopeful LGBT strategists found ways—such as adoption—to receive civil rights comparable to marriage.

Pope Francis himself recently spoke out in favor of legal protections for same-sex couples—which he had done before, while archbishop of Buenos Aires.

As such, this Black History Month marks an opportune time for Catholics to explore the intersection of the LGBT movement and the Civil Rights Movement—specifically as seen in the life of legendary activist Bayard Rustin.

“LGBTQ people didn't have any protections,” said (Catholic-raised) Naegle in a phone interview.

Rustin is known for helping assist A. Philip Randolph with the March on Washington movement in the 1940s, ‘50s, and then most famously in 1963. Rustin also served in leadership positions on the AFL–CIO and the A. Philip Randolph Institute.

While instrumental in most of the 20th century Civil Rights works, Rustin’s impact had been largely suppressed.

During the 1947 Freedom Ride, Rustin was arrested for his protest, but most of the historical erasure resulted from an arrest over his sexuality.

On a January night in 1953, Rustin was caught with another man in a parked car in Pasadena, California. He was jailed on a "morals charge" and served about 50 days. It also landed him on the sex offender list.

Last year, the Executive Department of the State of California declared executive order N-24-20, which pardoned Rustin and also offers a larger clemency initiative towards other victims.

Rep. Adam Clayton Powell, the first African American in New York to be elected to Congress, had also discriminated against Rustin. Powell was so disapproving of Rustin’s sexuality that he threatened to spread a rumor that Rustin and Martin Luther King were lovers.

As a result, MLK nearly canceled a planned boycott outside the 1960 Democratic National Convention in Los Angeles when confronted with the possibility of being seen as queer. Instead, Rustin resigned under duress and the boycott proceeded.

“I think they were always advising Dr. King to distance himself from Bayard when he was able to,” remarked Naegle.

“I don't think Bayard had a problem with it.”

Naegle noted that King’s actions differed based on his interactions in Northern states vs Southern states, due to the conservatism and Southern Baptist traditions.

“People that you encounter every day may be part of this minority group, then you would suddenly come to the conclusion that, well, these things that they're saying about those people are just not true… I'm kind of saying education is a big part of overcoming the stigmatization of any group.”

To that end, politicians such as Pete Buttigieg and Andrew Gillum represent progress and the acceptance of those openly associated with the LGBT community. But despite public figures, civil marriage rights, and government-endorsed Pride celebrations, protections such as the Equality Act are still waiting to be approved.

In addition to speaking out on such issues, much of Naegle’s work today involves curating the remaining Rustin artifacts to museums. (Information on the two can also be found in the Rustin biographies co-authored by Naegle, released in 2014 and 2019 respectively.)

In 2013, Naegle received the Presidential Medal of Freedom with Sally Ride’s partner Tam Elizabeth O'Shaughnessy, as the first LGBT individuals to accept the awards for their late partners. Naegle himself made clear that the honor is Rustin’s alone.

“I don't deserve a medal for that. He does for his life's work.”