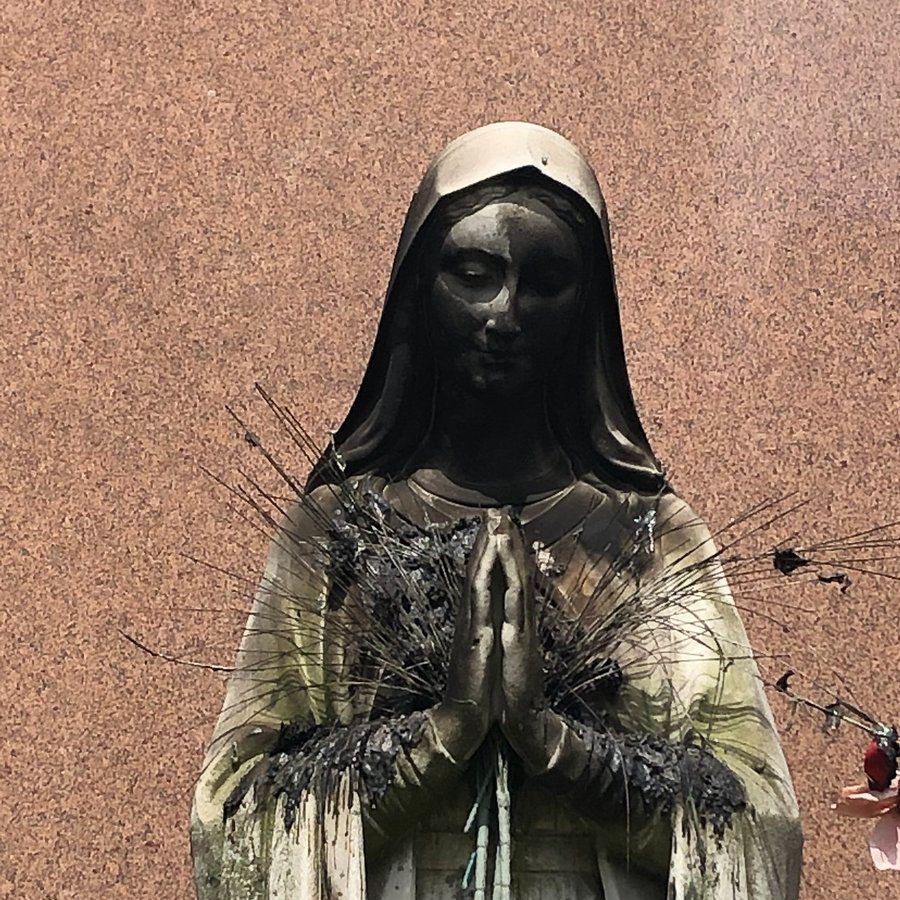 When you enter into my home, you are confronted with various Marian icons.

One might ask: “What do these icons or Marian devotions have to do with my mission and ministry as a social justice advocate?”

It is all centered in my love of Mary’s Magnificat.

As a young Catholic girl, I was led to embrace Mary as the Blessed Virgin, the Mother of God, Mary Most Holy. One who was pure and innocent. My first encounter from kindergarten was my attendance at a Catholic school named Assumption of the Blessed Virgin Mary.

As I matured into my late teens and early twenties—“the age of being a revolutionary”—I challenged the images that reflected Mary in most of our churches. The images of purity and innocence were not always the context of many. So how could they relate to the image, this example so difficult to emulate?

Yet, it was when I began to understand the suffering Mary, that I was able to identify with her.

A mother who had pondered the prophecy of her heart being pierced with a sword. A mother faced with the reality of that prophecy.

Her Son of her very flesh subjected to the cruelest of all circumstances. She would be left to witness the humiliation and suffering of His death on a cross—Crucifixion. A mother who surely must have asked, cried out in anguish: “Does not the life of my Palestinian son matter to the state?”

Certainly she had to ponder: what could this current event, which seemed to contradict the earlier prophecy, mean? One must believe that the words of the angel Gabriel must have echoed even then in her ear: "Be not afraid!"

"So be it!" must have been her only affirmation even at that most horrific time.

Mother Mary in that moment and even now is not a helpless woman without any “recourse”. Her prophecy and proclamation were for all times to come. Mother of Perpetual Help, leading her children on in hope. She provides the promises of what will come to be for those who persecute and those who are persecuted.

Mother Mary, the Theotokos (“God-bearer”), ushers in a time of justice and an ordered social advocacy. She proclaims that God is on the side of the oppressed, the disenfranchised, and the hungry, the poor and the broken-hearted. She reveals the promise of the mercy of God.

Mother Mary, impregnated with the Incarnate and Inculturated Word of God, in her spirit, in her mind, and in her body. She is the embodiment of throwing down rulers from their thrones and lifting up the lowly, because she embodied the King of Justice—Christ the King.

So when I reflect on social justice—the call to advocate for those who have no voice, no action, and no agency—I think of Mother Mary. I hear her Song of Justice echoing in my ear, piercing my heart. It is the food for the journey. The battle to empower the anawim. They are the people without money and power. The mission is to provide them with the good things, the Good News for the poor. Mother Mary is a revolutionary spirit who models the Catholic Social Thought of the preferential option for the poor.

Mother Mary in her Magnificat sings the praises of the Lord. She challenges us and confronts us to be that advocate, that voice for those who are considered the least by society but looked upon as favored by God.

Dr. Valerie D. Lewis-Mosley is a pastoral theologian, master catechist, and social justice advocate. She is also DRE at Christ the King in Jersey City, a Lay Dominican of the Sisters of St. Dominic of Caldwell, and an adjunct professor of theology at the sisters’ Caldwell University.