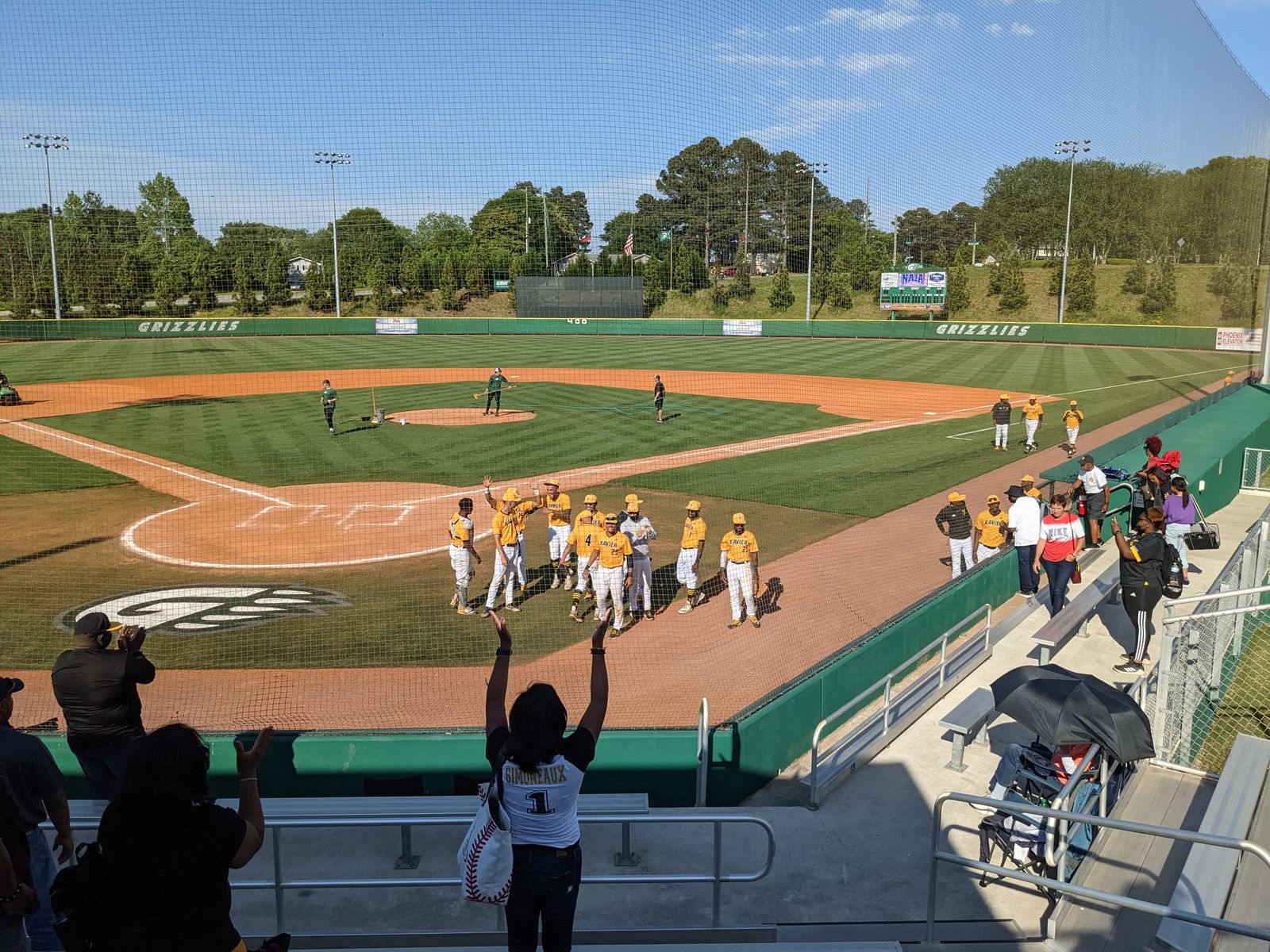 Xavier University of Louisiana triumphed this afternoon to survive and advance in their baseball playoffs, defeating Crowley's Ridge 16-5 in a run-rule victory called after 7 innings.

They moved to to 27-10 on the year and stayed alive in the A.I.I. Baseball Championship, which continues tonight with XULA facing Fisher in a rematch of last night's tough loss.

The #3-seeded Golden Rush started out somewhat slow in today's matchup, scoring only one run in the first two innings, on a homer from sophomore transfer Michael Sonn.

The Pioneers, seeded one spot below XULA at 21-27 on the year, answered with two runs of their own on a homer and a wild pitch.

They wouldn't score again until the final inning.

Xavier, on the other hand, exploded in the third, fourth, and sixth innings, scoring at least 4 runs in each, running up the lead to 16-2 before a last-ditch effort from the Pioneers put 3 more runs on the board in the final inning.

Relatively steady pitching from freshman Juwan Fitch sustained the Catholic HBCU throughout, before he was pulled for the last two outs.

One note of interest is the condition of Blair Frederick, XULA's star pitcher who turned his ankle rounding first on a hit in the 4th.

He exited the game with a noticeable limp, and it's unclear whether he'll be available for any of the Nuggets' remaining games (or his scheduled appearance in the HBCU All-Star festivities next month in Alabama).

The winner of tonight's contest at 7pm EST against Fisher will face tourney host Georgia Gwinnett in the final tomorrow, competing for a spot in the NAIA Nationals next weekend.