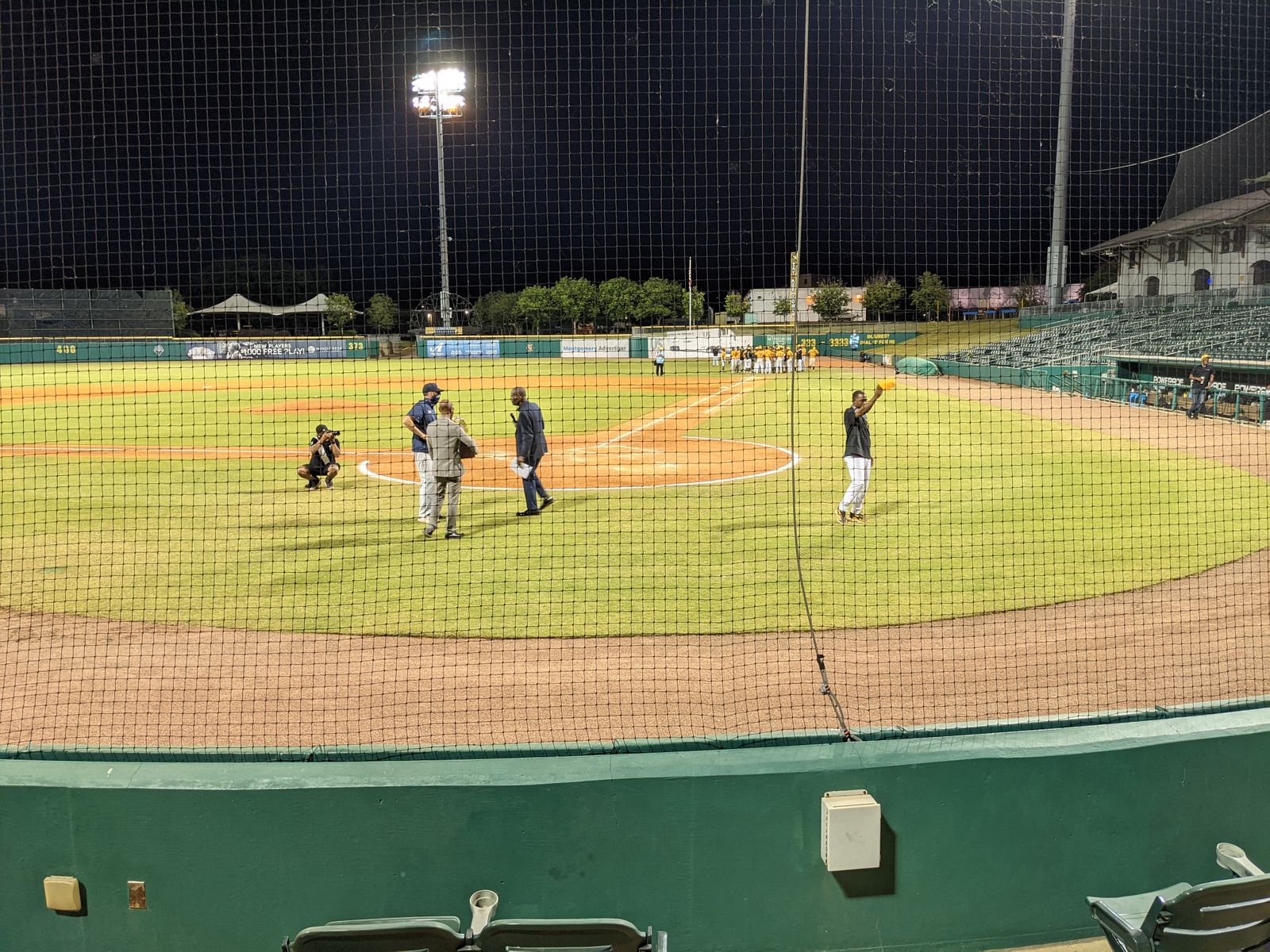 Heartbreak in the Heart of Dixie: XULA falls 7-2 in the Black College World Series championship

The inaugural Black College World Series did not quite go as planned for the nation’s Catholic HBCU, as NAIA Xavier University of Louisiana wasn’t quite able to manage the hot pitching of Division-II Bluefield State, falling 7-2 Saturday night in a final many onlookers had thought was a done deal.

Top-seeded XULA, which had defeated the BSU earlier in the day in a decisive 16-2 run-rule rout, faced similar obstacles in the evening game that they had against them in the BCWS’ opening round on Thursday night, where the Gold Nuggets fell to the Big Blue 4-1.

On Friday, after XULA advanced to the final by defeating D-II Florida Memorial 7-5 in a comeback thriller, head coach Adrian Holloway said they’d need to “hit better” against BSU than they had in their first matchup.

They did just that in the front end of Saturday’s double-header—needing two wins to clinch due to the BCWS’ double-elimination format and Bluefield’s spotless showing up to that point—but the winner-takes-all contest in the evening featured another poor display at the plate for XULA, with only 5 hits all game.

Notably, Bluefield State only managed the same number of hits, but were afforded a back-breaking six consecutive walks in the first inning—five from starter Anthony Dumas, and one from reliever Jamal Allen—leading to six runs, effectively sealing the contest before it began.

They would only score once more, in the 4th inning, but the Black Catholic bats scored only one run apiece after the two scoring innings for Bluefield. And though Allen finished out the game and pitched well in the final 8 innings, the damage was done.

After the game, coach Holloway kept things positive, focusing on the accomplishments of the Golden Nuggets in their first season after a multi-generational hiatus.

“No one even expected us to bere. This is year one,” he said to a cheering crowd full of XULA faithful.

“All these people here? Who come out and support us everywhere we go? We love y’all.”

The team, which now stands at an impressive 26-9, was facing a BSU team that had only played in 26 games this year and pulled most of their starters after the earlier contest got out of hand—showing nearly a half-dozen pitchers and a slew of reserve fielders to finish things out.

And though some XULA players and fans felt the Bluefield bullpen wouldn’t have enough gas for the night game, Austin Stambaugh dominated from the mound, pitching a complete game with 7 strikeouts.

Holloway nevertheless chalked the tournament up to a success overall, highlighting both the team’s will to win and its strong faith—on the field and off.‌‌

“With God you can do anything,” he said, occasioning the loudest cheers of all.

“We always tell these boys to live right, have faith, play hard, pray daily, and just go out here and give it their all.”

But lest one mistake providence for a lack of confidence, the coach was clear as Catholicism when it was implied by the emcee that fans will most likely see the Golden Nuggets in the BCWS next year.

“Most definitely you will.”

XULA returns to the diamond on Saturday, May 8th against Fisher College in the Association of Independent Institutions Championship, where they’re seeded third.