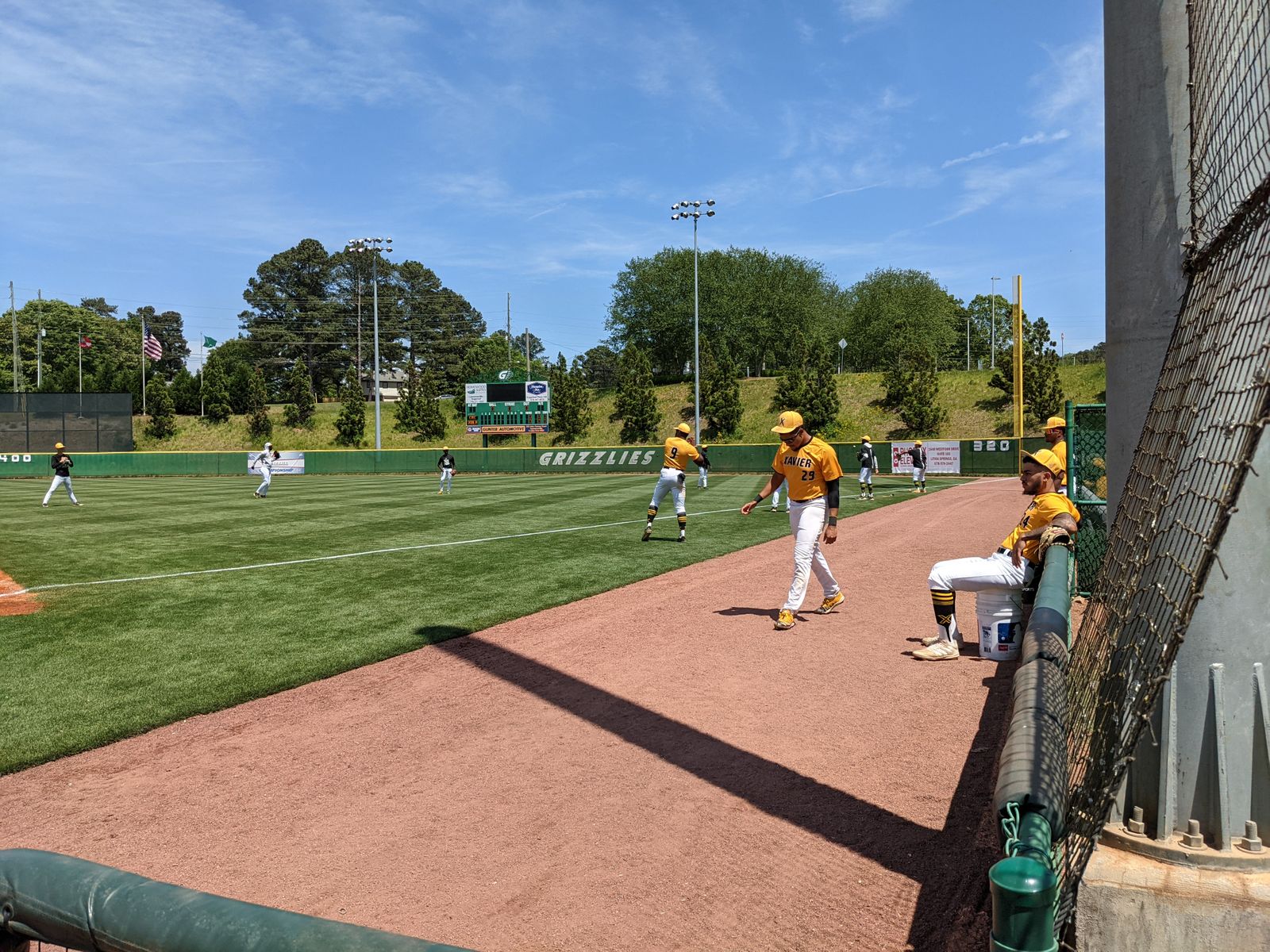 If there's one thing New Orleans sports fans hate, it's the Falcons.

Last night at the A.I.I. Baseball Championship in Lawrenceville was no different, as the #2-seeded Fisher College Falcons spoiled #3-seed Xavier University of Louisiana's playoff run in the Catholic HBCU’s first baseball season after six decades away, dispatching them 12-9.

The roller coaster of a contest was a rematch of the Gold Rush’s opening round loss, and this second defeat ended their chance at an automatic bid to the NAIA nationals next weekend.

Things started out slow for XULA, as they went down 3-0 in the first inning on an error and an RBI, before things settled down and starting pitcher Jamal Allen started to find a groove. Fisher (31-19) wouldn’t score more than one run in any of the next six innings.

Xavier’s bats, however, struggled to produce any runs—though they didn’t struggle to get on base, doubling their hit total of 8 from the previous matchup against Fisher (and tying their season-high).

The Falcons held a 6-2 lead going into the 6th, where a series of successful bunts put XULA back into position, cutting the lead to one before a hit-by-pitch was overruled by the umpire (who said the batter moved into the path), ending the inning.

After a scoreless inning and a half, the Catholic HBCU fell victim to a back-breaking 8th inning from the Fisher hitters, which produced as many runs as they’d scored in the previous 7 combined.

Allen had been sat down just before the outbreak after throwing 142 pitches on the night, but reliever Ryan Kinney managed only 9 strikes in 26 pitches before being pulled himself. This left Jonathan Allen to deal with a growing deficit and no outs in the penultimate stretch.

He allowed one run before finishing the side. By that point Fisher had increased their lead to 12-5, making for what looked to be a quick end to Xavier’s misery in the 9th.

The black and gold rallied, however, showing the same fight they have all season—managing 4 runs with 2 outs on the board in the final inning—but Falcons closer Angel Colon cleaned up on 12 pitches (half of which were strikes) to dash XULA’s hopes of a comeback.

The loss dropped the Gold Rush to 27-11, and they now await their fate at the hands of the NAIA selection committee, who will announce qualifiers for nationals on Thursday.

Fisher moves on to play tourney host (and #1 seed) Georgia Gwinnett today for the A.I.I. title, and both teams will receive an automatic bid to next weekend’s action.