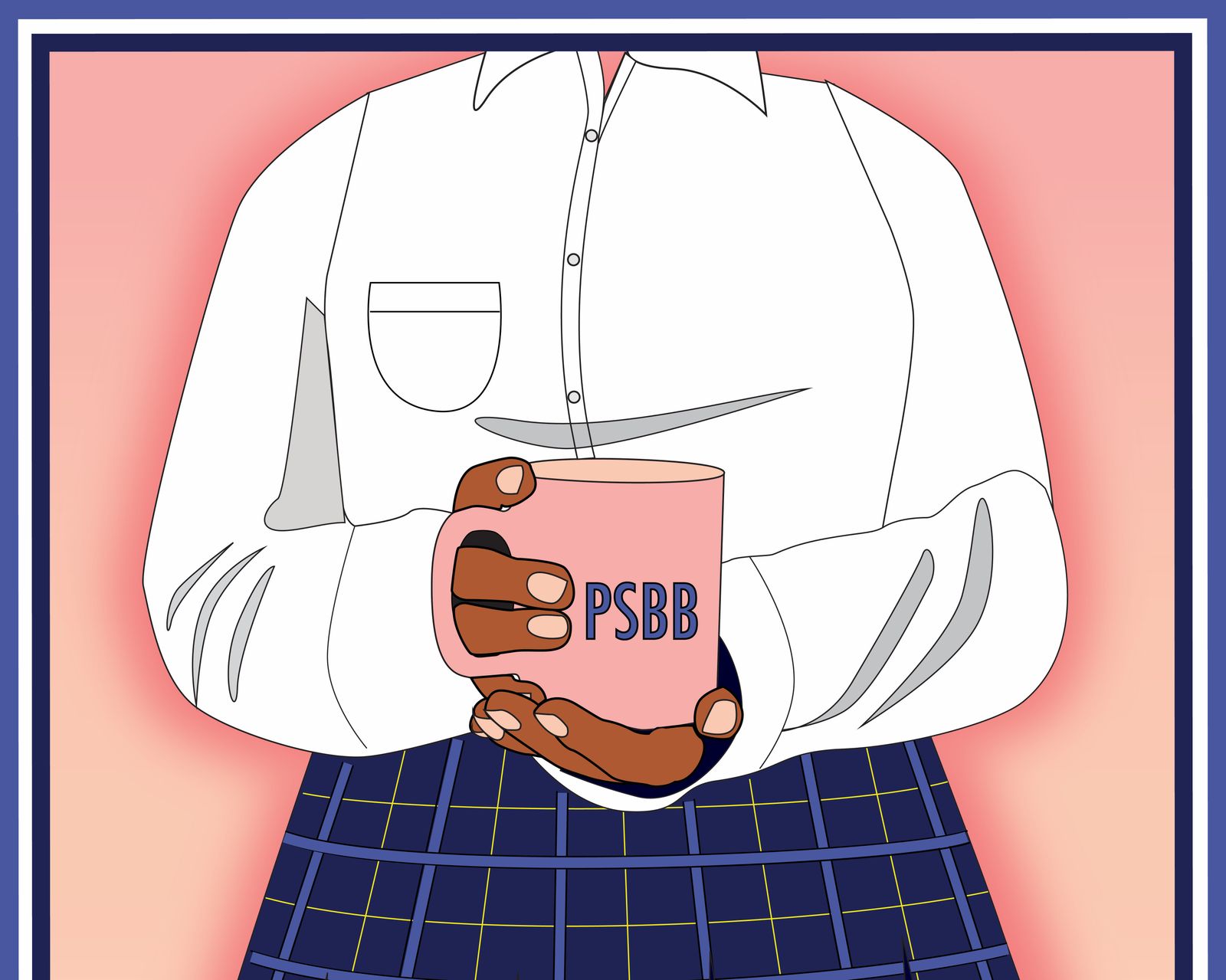 Plaid Skirts & Basic Black is back.

The pioneering podcast from Shannon Schmidt and Marcia Lane-McGee is back for its first season of 2021, profiling seven Black Catholics on their faith journeys and ministry work.

“We are telling stories so that people can enter into them and understand what it means to be Black and Catholic,” said Schmidt, a pastoral associate at Holy Spirit Catholic Church in the Indianapolis area.

“I think there are stories that the Church as a whole needs to hear from Black Catholics, because it’s not a universal experience.”

Last week brought a conversation with Claire Obenson, an architect in the Bay Area, and this week came a profile of my own work here with BCM and my vocation-to-be with the Josephites.

The PSBB show, founded in early 2018, is now a veteran institution in the Black Catholic podcasting space, which is small but growing.

The show was even featured in two CatholicTV interviews last year, the first with Schmidt and the second with Lane-McGee (who work as a foster mom and as a family teacher at Mooseheart).

“One of the reasons we started the podcast was because we felt like there were not a lot of Black voices in Catholic media,” said Schmidt, “and we also were finding a lot of serious, heady stuff.”

As such, while PSBB has made it a point to feature guests throughout the month of February, it most often features Schmidt and Lane-McGee discussing pop culture and other more lighthearted topics.

In both cases, Black Catholics are normalized and highlighted.

“Too often, we feel alone in the pew,” said Schmidt, noting that there is often pressure put on Black Catholics to “prove” their Catholicism to other Catholics, and to prove their Blackness to non-Catholics.

As such, the PSBB podcast (and especially the “Echoes & Hope” arc) aims to show Black Catholics truly belong.

“We’re not alone. There’s 3 million of us,” Schmidt said, emphasizing that exclusion of Black Catholics within the Church hurts not only the intended victim(s), but also the perpetrator(s).

“It’s creating a wound in the body of Christ, and to be able to [remedy] that, we have to tell stories.”

One such story came from Santonio Hill on an episode of last year’s “Echoes & Hope” series, in which he described being questioned for his presence at adoration in a parish in his community. Schmidt feels that these are exactly the stories that need to be told, heard, and addressed.

2021 marks the second year of the interview series, which was originally inspired by Schmidt’s own family—especially her grandmother.

“There are so many memories I have of her that were just her living out her faith as part of her daily life—woven into her daily life. And she was also a Black mama!”

She gave Schmidt a book on the Eucharist, and upon reading it, Schmidt experienced a “beautiful inrushing” of the Holy Spirit that inspired her, along with the concurrent happenings in the world and society. (This was not long after the Charlottesville terrorist attack in 2017.)

Schmidt’s father, a cradle Black Catholic from the South Side of Chicago, ended up being one of the first guests in the new series, which blossomed into a broad, largely age-blind narrative project.

And while the guests are all of African descent, they are not limited just to Catholics residing in America.

“Last year we had someone who was in Australia,” Schmidt told BCM.

“This year we have someone who’s in South Africa. The internet is a wonderful place.”

Schmidt notes that while diversity in the Church is an ongoing discussion here in the States, many other countries are just starting to have these kinds of discussions. In its own way, this opens up the global conversation within the Church.

“The Church in America has such a unique gift in that we have so much diversity,” Schmidt said.

“It’s also a gift we can give to the Church.”

Even among the domestic guests on PSBB, though, there is the challenge of finding guests with unique perspectives, experiences, and backgrounds.

“We’ve relied a lot on other people to help get us in contact with those outside of our norms, because if it was me and Marcia picking everyone, it would just be all Black Catholics from Chicago.”

Perhaps most unique of all is the multi-racial and multi-cultural experience, which the show makes a point to highlight. Schmidt herself, who is biracial, argues that the experience of multiple cultures at once (and sometimes in tension) is a microcosm of the Church itself.

The next episode of the series, releasing on February 16th, will feature an Afro-Asian American guest from the East Coast, Preslaysa Williams, an award-winning novelist and co-founder of BCM. (She is of Black and Filipina descent.)

Three more episodes will follow, rounding out the month and the series—though Schmidt noted that PSBB is also looking to hear stories from Afro-Latinx, Caribbean, and other Black Catholic voices in the future.

She also notes that Black Catholic witness pushes back against the prevailing notion within the US that cultural expressions somehow don’t belong in the life of the Church at all—a far cry from the culturally rich “national parishes” that reigned for so long in these lands.

“A generic American Catholicism attempted to be a melting pot,” Schmidt said, “whereas Black people have, in an intentional way, brought in unique cultural expressions, especially after Vatican II.”

Ultimately, the PSBB show and the “Echoes & Hope” series aim to bring light to this narrative, flipping the script and telling poignant Black stories that might otherwise fall by the wayside—despite their importance and necessity.

“Our story is the story of the Church,” Schmidt said.

“We not only have a place in the Church, but we are essential to the life of the Church.”

Find PSBB on Apple Podcasts, Google Podcasts, Stitcher, Spotify, or wherever you get your podcasts.