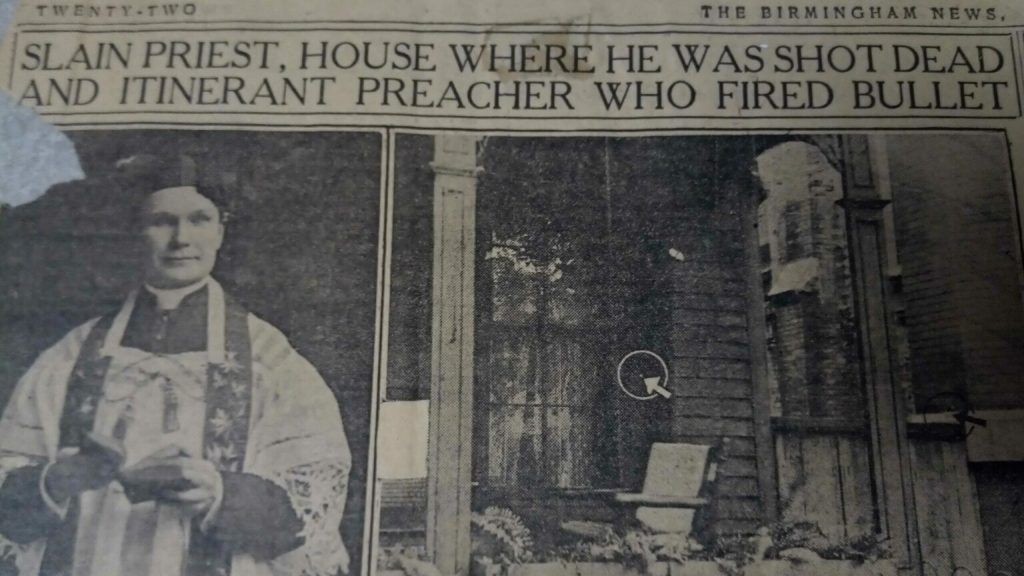 Bishop Steven Raica of Birmingham will celebrate a Mass on Thursday, August 11 commemorating the 101st death anniversary of a Catholic priest murdered for celebrating an allegedly interracial marriage.

The event, to be held at 10am CT in the Cathedral of St. Paul, honors Fr James E. Coyle—an Irish-born cleric who served at the Alabama church and became a Catholic hero of the region following his fatal run-in with the Klu Klux Klan in 1921 at the age of 48.

The liturgy will coincide with a new airing of the mini-documentary “Father James E. Coyle - Life and Legacy,” which premiered on PBS earlier this year. The EWTN showing on August 10 at 7pm will feature an interview with historian Jim Pinto, editor of a book covering Coyle’s life, and cathedral rector Fr Bryan Jerabek (who will present reflections at the Mass).

“Let us remember and honor one who imitated Christ unto death,” reads an announcement from the Fr. James E. Coyle Memorial Project, which celebrates his legacy.

The memo also cites the late Bishop Edward Allen of Mobile, a contemporary of Coyle who called him “a martyr to duty.”

Since his death, Coyle has attracted a large following in the lore of Deep South Catholicism, not only for his bold decision to celebrate the marriage of local convert Ruth Stephenson and her Puerto Rican fiance Pedro Gussman, but also for his lasting legacy as an unrecognized—and largely unaddressed—victim of the Jim Crow court system.

Stephenson’s father, the Klansman and Methodist minister E. R. Stephenson, was Coyle’s killer and faced virtually no repercussions after turning himself in—despite his threats and premeditation before the shooting and perjury during the legal proceedings.

“[Rev. Stephenson] was found not guilty,” the Memorial Project said.

“The trial was a travesty of justice.”

Coyle’s funeral was reportedly one of the largest ever held in the history of Birmingham, and as his fame grew the diocese began celebrating annual memorial Masses in his honor.

A number of media projects have centered on Coyle’s life, including a 2010 documentary from his great-nephew Pat Shine. His grand-niece published a novel last year covering his story through the lens of his sister and fellow immigrant Marcella, and the Memorial Project released its own crowdfunded short film in 2019 based on Sharon Davies’ novel-length treatment “Rising Road: A True Tale of Love, Race, and Religion in America.”

A 2009 documentary portended a grander narrative, with the title “Saint James” suggesting a possible cause for canonization. Unconfirmed reports in recent years claim that the diocese has at least partially investigated Coyle’s life in view of that goal, and that the cathedral has added a crypt for the reinterment of his remains.

The Diocese of Birmingham itself has not spoken on the matter, but last year continued its annual events with a Centennial Mass on his death anniversary—the first official commemoration since 2019.

As it is, Coyle’s grave remains at Birmingham’s Elmwood Cemetery, and a plaque at the cathedral honors him simply as “Our beloved pastor” and founder of the church’s chapter of the Holy Name Society.