Sunday's Gospel Mass at a Josephite parish in DC brought out multiple former superior generals for the induction of a new official promoter of Venerable Augustus Tolton.

Just ahead of Black Catholic History Month, Venerable Augustus Tolton—one of the six African-Americans on the road to sainthood—received a special honor Sunday morning in Washington DC, in the form of a new member among his sainthood promoters, the Tolton Ambassadors.

The event took place at Our Lady of Perpetual Help Catholic Church, a Josephite parish in Anacostia.

“I’m so grateful for the blessings,” said Fr A. Gerard Jordan, O. Praem., special assistant to Bishop Joseph Perry for the Tolton cause, who traveled from South Louisiana to officiate the event during the parish's livestreamed Gospel Mass.

Fr. Michael Thompson, SSJ, pastor at OLPH, preached on the gospel story of “Blind Bartimaeus”, which took on special meaning during the Ambassador ceremony after the Liturgy of the Eucharist.

“Tolton’s life is not about his own. It’s about the life of Jesus Christ, lived through the eyes of a Black man,” Jordan said during his remarks.

Present for the event were a number of other DC Ambassadors, including the local convenor, or chairperson, who guided the new member in her formation.

Also among the assembled crowd was Fr William “Bill” Norvel, SSJ, who made history in 2011 as the first African-American superior general in the Josephites’ then 118-year history—especially notable in that their apostolate is the Black community.

His sainthood cause, opened in 2011 by the dioceses of Chicago, Springfield, and Jefferson City, reached an important milestone in June 2019 when Pope Francis granted him the title “Venerable”—just the third time such an honor was bestowed on an African American, following Pierre Toussaint in 1996 and Henriette Delille in 2010.

Since then, the work of promotion, pilgrimages, and prayers for Tolton’s beatification has continued despite all obstacles.

“Do you take such a charge, my dear sister?” Jordan inquired of the new Ambassador inductee, whose notably immediate affirmation elicited a few giggles from the congregation.

“The more ambassadors, the more the word gets out, the faster [Tolton] can be canonized a saint,” Thompson added.

Jordan, who appeared on the “African American Catholic Podcast” earlier this month to promote the cause, is scheduled to speak in the Diocese of Raleigh on November 6th and 7th, and the DC Tolton Ambassadors will host a virtual event on November 13th at 4:30pm EST. 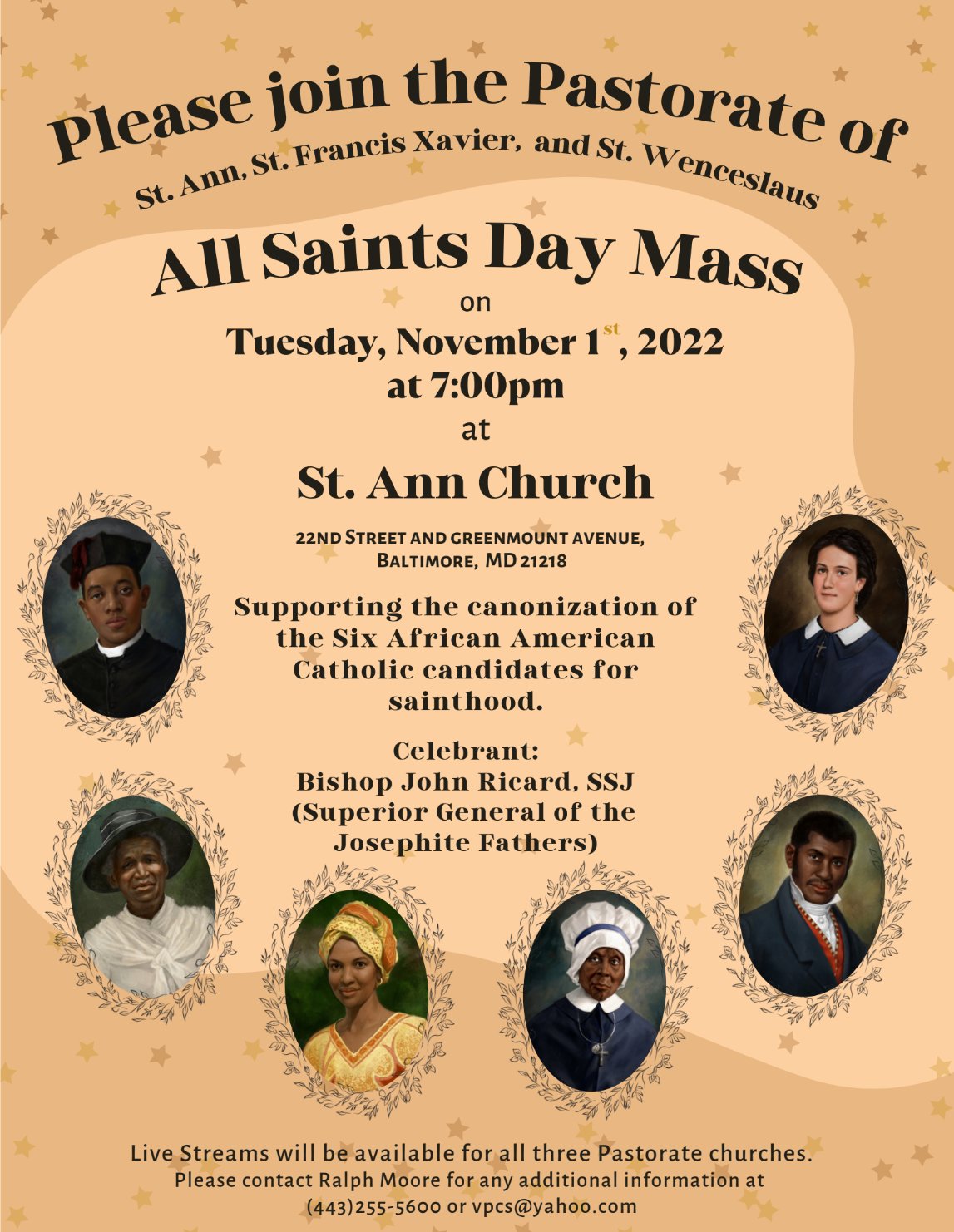