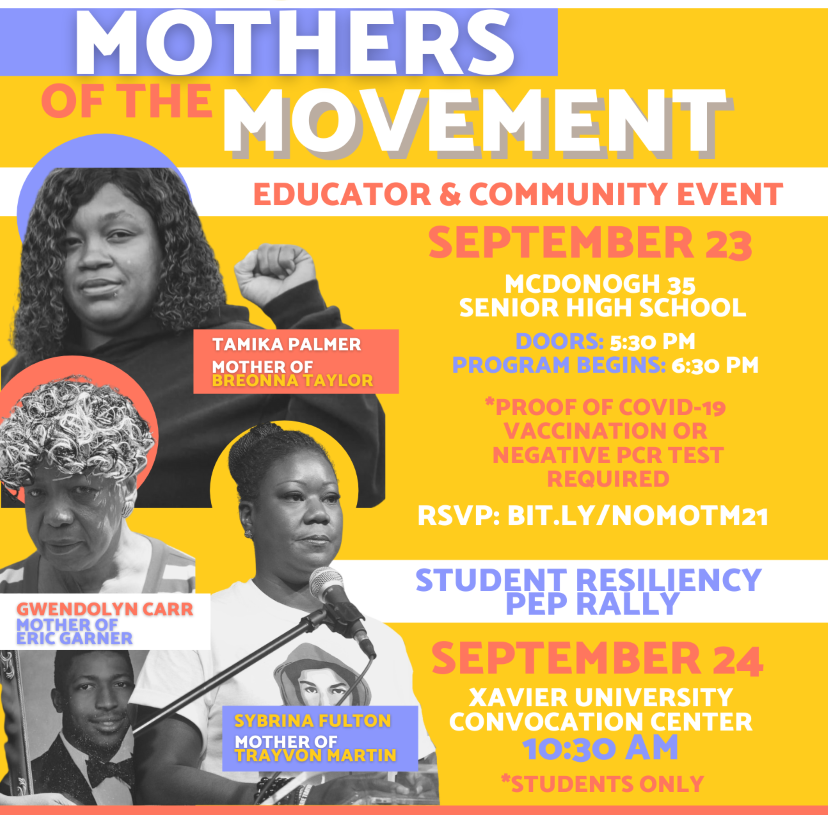 Mothers of the Movement, an organization consisting of several mothers of African Americans murdered without justice in the past several years, will be hosted by Xavier University of Louisiana tomorrow morning, September 24th, for a livestreamed panel discussion with New Orleans students.

The news came earlier this month, when event sponsors InspireNOLA Charter Schools and the Alliance for Diversity and Excellence announced that the Crescent City would be the next stop for the high-powered activist group.

The mothers have been traveling the country for the better part of the past decade—since the acquittal of Martin’s murderer George Zimmerman in 2013—raising awareness about police brutality, racism, and the need for political engagement,

“Join us and hear insightful words from three women who have shown true resiliency in the face of adversity,” the announcement post reads, “as they discuss their journeys and their response to national tragedies.”

The first leg of the event, which will not be livestreamed, is a panel discussion scheduled for tonight at 5:30 at McDonogh 35 High School, a local public school.

Tomorrow morning’s event is being billed as a “Student Resiliency Pep Rally”, a welcome tune for New Orleans youth still in recovery from a devastating hurricane that kept many of them out of school until just yesterday.

Mothers of high-profile Black victims of brutality have made headlines in recent months, as organizations such as Black Lives Matter have taken fire for allegedly withholding support from the families they purportedly were fundraising for.

Other than Palmer, the most prominent figures in those stories are not among the mothers scheduled for tomorrow’s event.

Per city ordinance, in-person attendees for tomorrow’s event, in the university's Convocation Center, will be required to register on Eventbrite and show proof of vaccination of or a negative COVID test.