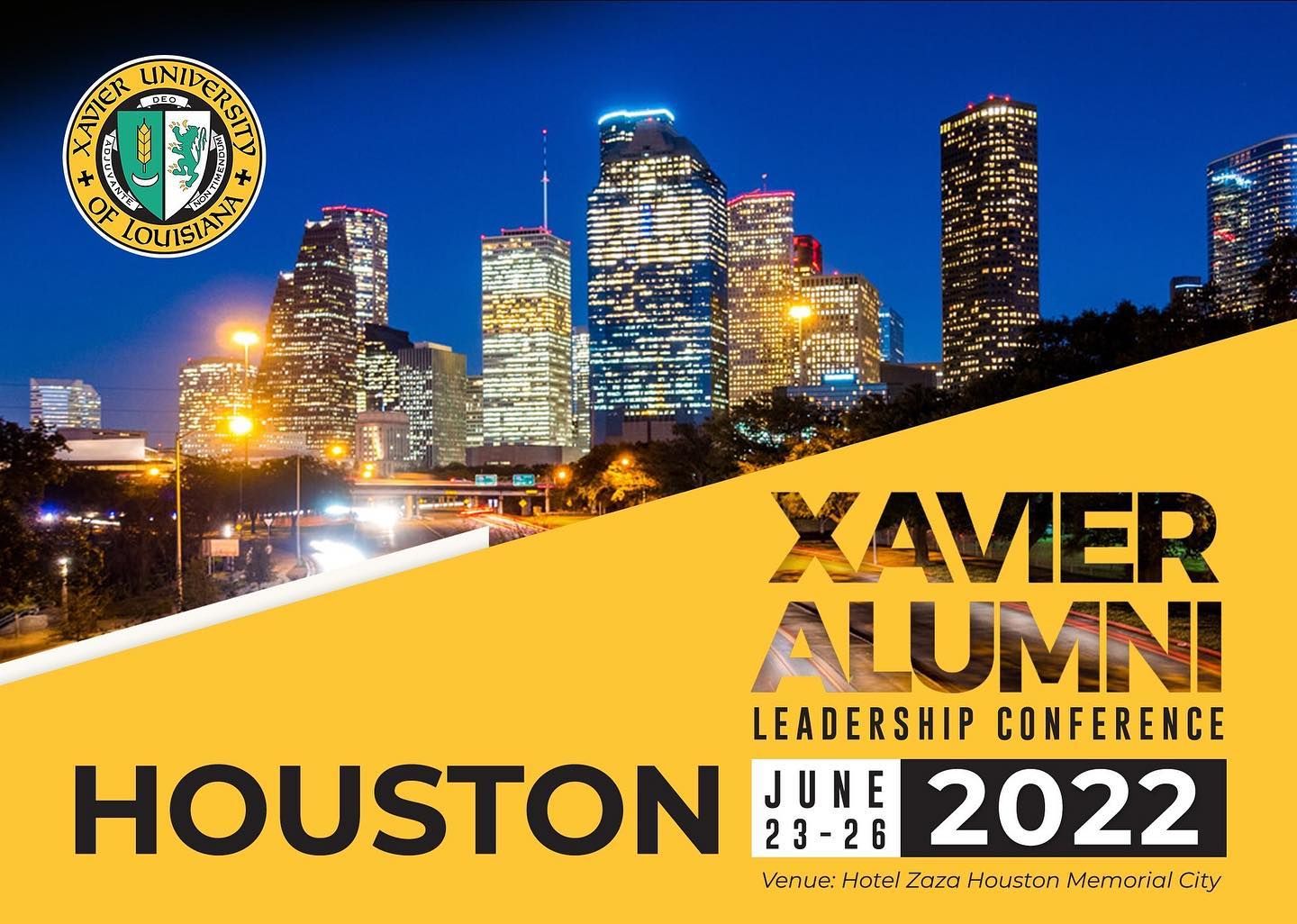 Alumni of Xavier University of Louisiana, the nation’s Catholic HBCU, are gathering this weekend in Houston for their annual Alumni Leadership Conference, a four-day event featuring speakers from around the country.

It is being held from June 23-26th at Hotel ZaZa Memorial City and kicks off Thursday evening with an alumni meet and greet.

It will also serve as a networking event for the school, which has alumni chapters 16 states/regions and has been ranked among the top universities in the nation for Black student outcomes.

Alumni chapter leaders from Houston will also be featured alongside the XULA National Alumni Association president Kimberly Reese, opening the conference and explaining its goals.

One major feature of the weekend will be fundraising, including a “Big Chief Raffle” that will benefit a scholarship program for Houston-area XULA students. Prizes include Essence Festival concert tickets, a 3-night vacation in Cabo, and a stay at a Royal Holiday resort.

Winners will be announced during the Houston Alumni Chapter’s annual Vincent Rachal Jazz Brunch on June 26th, which this year will serve as the closing event for the national conference. Entertainment will be provided by Vinyl Fuzion, a local Houston band.

The guest speaker for the brunch will be XULA alum Dr. Loren Blanchard, who was officially invested as president of the University of Houston-Downtown on May 24th. President Verret will also give remarks.

“This year we would like to raise $25,000 for scholarships to Houston rising upperclassmen,” the event organizers said in an announcement.

The larger conference will be a hybrid event, with alumni tuning in from around the country as well as in-person, receiving updates on the university’s accomplishments over the past year. On June 8th, Verret sent a short video message to the group for the end of the fiscal year.

“Your continued support sustains the mission given to us by our founders St Katharine Drexel and the Sisters of the Blessed Sacrament,” he said.

“I look forward to all the great things to come.”