There can be no doubt that the early African-American religious sisters were pioneers of social work and social service. Efran Menny reflects.

I graduated from Texas Southern University, an HBCU located in the heart of Houston, Texas, in 2013 with my bachelor of social work degree (BSW).

I remember the coursework vividly: constant overviews of the history of social welfare, heavy emphasis on the eras of modern-day progressivism and liberalism in the 20th century, and frameworks and paradigms to understand human behavior. We also learned much about the broad history of social work in America.

Currently, I am one semester away from obtaining my Master of Social Work (MSW) and I am discerning whether to pursue a doctorate. However, with this achievement in my grasp and my career ambitions in view, I have noticed an emphasis in academic circles concerning anti-racism and the eradication of White Supremacist narratives in my particular field.

With that in mind, I re-examined my undergraduate coursework to see if it was tainted with a White-dominated focus. Indeed, after much reflection, I realized I never learned about the importance of our African-American forerunners in social work and policy—which was particularly odd at an HBCU.

Though we rooted everything in being culturally competent and practicing in an urban environment with marginalized and diverse groups, especially African Americans, the highlighting of that community’s contributions was largely nonexistent.

Since social work has a longstanding history in Christianity, which is also told from a White-dominant standpoint, I thought it would be insightful to investigate the impact of African-American Catholics in social work. Just like other African-Americans, they had to create their own services, schools, advocacy groups, and resources due to racism, Jim Crow, and purposeful neglect, so I knew their history would be full of determination and struggle.

“The History of Black Catholics in the United States” by the late Fr Cyprian Davis, OSB details the pioneering experiences of Black nuns prior to the Civil War. Therein, he emphasizes three women in particular: Servant of God Mary Lange and her Oblate Sisters of Providence, Venerable Henriette DeLille with her Sisters of the Holy Family, and Mother Mathilda Beasley, OSF alongside her Sisters of the Third Order of St. Francis.

These women not only made history by creating the first religious orders operated by (and for) Black women, but they also laid the foundation for a century of Black Catholic progress in religious life and demonstrated abundant charity to meet the needs of African Americans during the 19th century.

Lange was a Cuban-born woman of Haitian descent who immigrated from the island to Baltimore as an adolescent. In 1821, with the support of Sulpician priest Fr James Joubert, Lange and three other women founded the Oblate Sisters there in 1829.

The women had already been working to meet the needs of the community by serving as catechists for African-American children. The small school they started would eventually become St. Frances Academy (which is still functioning to this day).

In 1831, the order would be called to lend their charity to victims of the cholera epidemic then plaguing the nation. Because of their dedication to the sick and their selfless service in care facilities, the women were highly admired.

Less than two decades after Joubert died in 1843, the Civil War began, occasioning the sisters’ even greater focus on education. In 1863, the order established a night school for African-American children in Philadelphia, and in 1864, they established a school for girls and women, including orphans and the formerly enslaved. In addition, the sisters created a facility for African-American children orphaned or rendered homeless by the war itself.

In short, the Oblates were some of the first in America to carry the baton for social services and care in the African-American community. Their contribution is inestimable.

The second prominent Black religious order for women began in New Orleans. No stranger to meeting the educational and religious needs of the city’s enslaved women and free Blacks, its founder DeLille—herself a mixed-race Creole born in the city—had long been engaged in this work alongside a number of local women.

By 1842, the Sisters of the Holy Family was established. In the city’s French Quarter, DeLille and her companions rented housing spaces where they administered services to African-American men and women living in poverty. In addition, the order purchased a lodge that would serve as a hospital for the terminally ill.

Prior to the Civil War, the Sisters created an orphanage, provided religious instruction, and even had a school for young girls. Similar to the Oblates, the Holy Family Sisters aided New Orleans when yellow fever epidemics ravaged the city in 1853 and 1897. Through their caregiving role in an ailing city, they administered aid to the infirm and care to those most impacted by the outbreak.

DeLille and her sisters invested unreservedly in the needs of the community, and their unparalleled devotion kept them motivated toward charitable mercy to whoever needed Christ-like compassion.

Our last pioneer of social welfare, Mother Beasley, was born to mixed-race Creole and Indigenous parents. In 1857, she married a free Black man named Abraham Beasley, a wealthy entrepreneur. In her time prior to the Civil War, she also assisted with a school dedicated to educating free and enslaved African-American children in Savannas, Georgia.

By engaging in this type of service, which violated Savannah’s anti-literacy laws for Blacks at the time (not unlike those broken by Lange in Baltimore and DeLille in New Orleans), Beasley demonstrated her commitment to the well-being of her people.

Beasley’s husband died in 1878 and left his estate to her. Feeling the call to religious life, in the 1880s, she traveled to England to become a nun. She later returned to Georgia and founded the Sisters of the Third Order. This small band of Black women, with Mathilda as their mother superior, performed groundbreaking service and created the St. Francis Home for Colored Orphans—one of the first such facilities for African-American girls.

Beasley's legacy in Georgia has a vital imprint in the state's history. Because of her selfless dedication to the education of African-American orphans and her status as the state’s first Black nun, she was posthumously named a Georgia Woman of Achievement in 2004.

It’s worth highlighting that both DeLille and Lange have open causes for canonization. In other words, because of their extraordinary works of charity to those on the margins, they are exemplary models of the heroic virtues indicative of a saint. Both of these witnesses of the Catholic faith prove the heroic transformation of grace that enables one to embody the spirit of Christ. According to Aleteia, Beasley also had a canonization process under reviews of 2016.

African-American religious sisters were on the cutting edge of slow change in the American Church. They were successful despite White racism and economic challenges. Their communities weren’t fully staffed or fully funded, and only had a small band of dedicated women.

Even so, these trailblazing women join (and precede) other pivotal figures of the century such as Venerable Augustus Tolton, the first openly Black Catholic priest; Fr Charles Uncles, SSJ, the first Black Catholic ordained on US soil; and the Josephites, the religious community Uncles co-founded to serve African Americans.

Because of the service of the early African-American nuns, one could make the case that they eased the consciousness of the US Church for acceptance of Black vocations, male and female. Because these women took significant strides to claim equality and to answer the call of religious life, the larger Black community—already called as God’s own possession—could enter the pathway of Christ more intimately through a life of consecrated service.

In my undergraduate years studying social work, I never heard of these saints, these holy women engaged in vital services. Perhaps this is due to anti-Catholic bias. But even in popular histories within the Church, we often hear of St. Elizabeth Ann Seton and the parochial school system or St. Frances Xavier Cabrini and her dedication to the sick and the poor, but hardly ever do we hear of pioneering African-American Catholics—and Black nuns specifically.

Their landmark contributions to advancing human dignity, ensuring quality secular and religious education for African Americans, and dedication to the infirm and destitute were significant steps in the larger narrative of meeting basic needs in the community and empowering the vulnerable.

As an educator of nearly ten years in a predominantly Black and brown area, I am happy to walk in the crucial footsteps of Black Catholic religious sisters. Their commitment and resolve to bring equitable access is a catalyst for my career in education-infused social work. I pray that the resounding power of these humble and holy women, their good works and witness to the Catholic faith, gives us power to embrace Catholic Social Teaching and continue to meet the needs of African Americans. 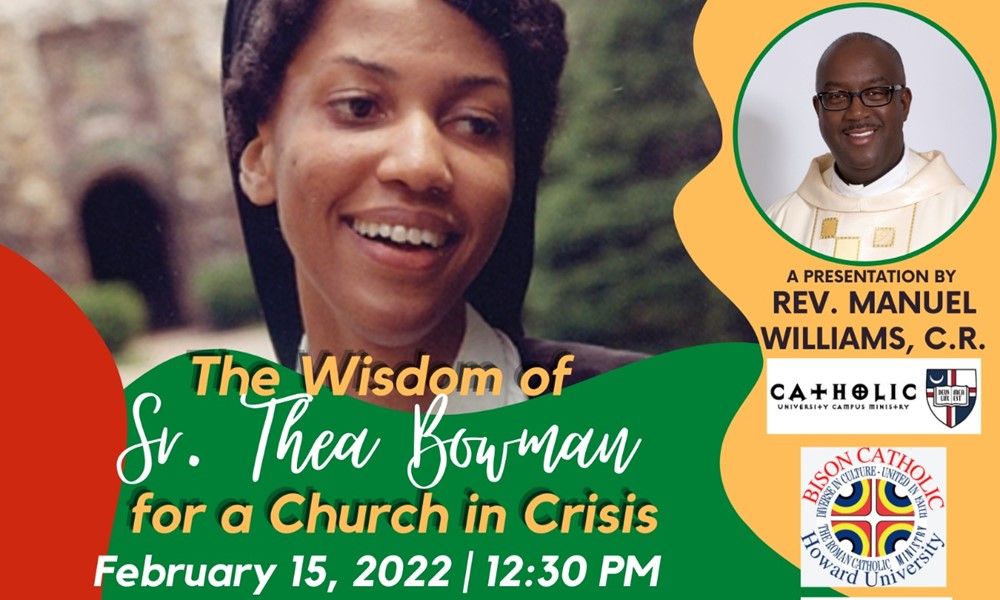 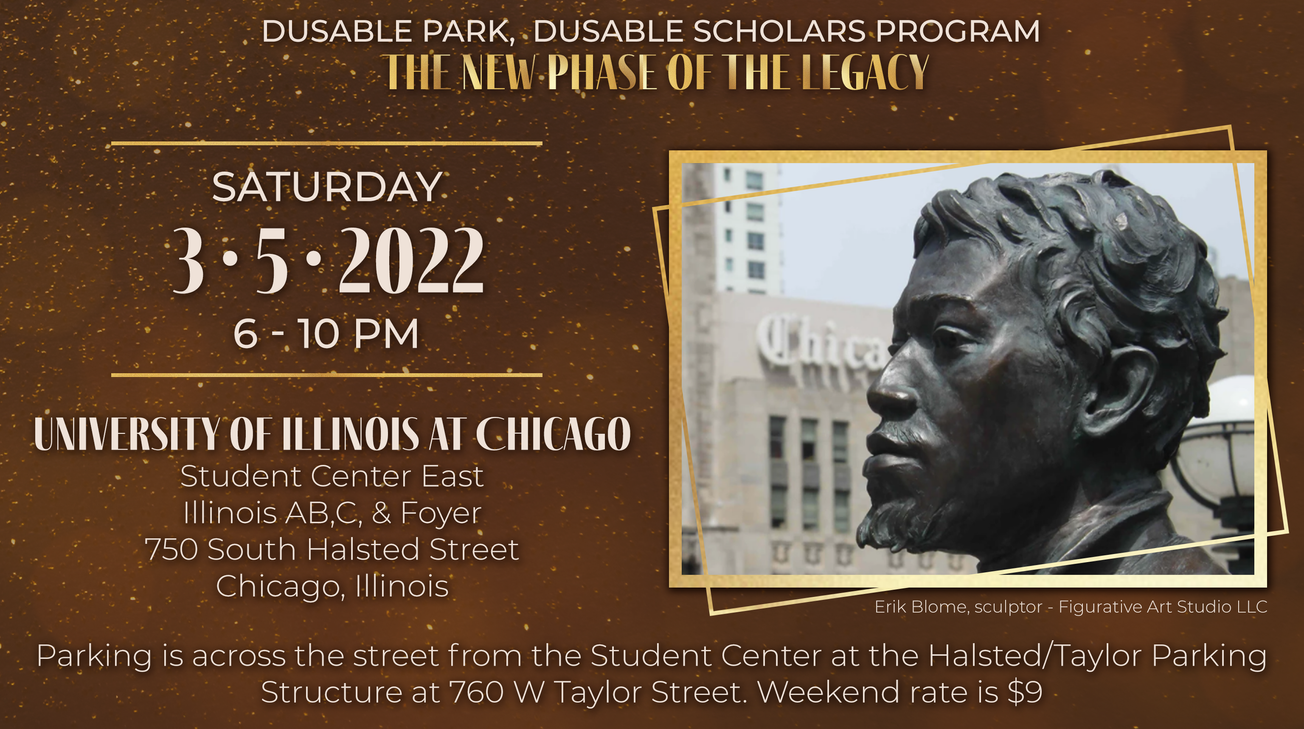